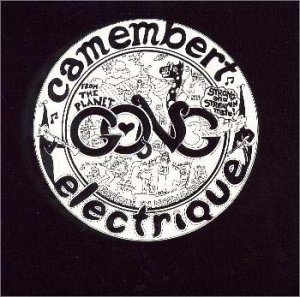 And if you’re brand new to them (as I am), it’s just a bit difficult to wrap your head around their whole “scene.” They even have a glossary, which includes mind-bending confusion-isms like:

WIZARD OF THE KEYS – one of the eight immortals of the planet gong. he has the key to the gong cosmognie & correspondance [sic] charts, the key to your heart, and above all the key to the secret vaults wherein is stashed the highly hush hush or ha! ha!ha!sshhh! cakes from the moon which he distributes daily to each of the 1024 (1K) PHP’s which means that a day on the planet gong is 1024 (1K) pipes long, and is measured by lunggong pipeclocks all over the planet.

So I won’t go too far into their background now, because – well – I need about six months of exhaustive research to give you something substantial. But I will play you a song of theirs. A song that captured my attention on my afternoon drive home from work. It’s always fun to hear something new and interesting that happens to be over 35 years old (egads – so am I, in fact, tomorrow is the 3-7! Urk!).

And while on the subject of Gong, here’s Paul Reubens on the Gong Show, circa 1976.