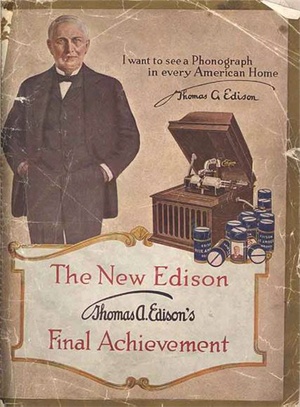 In honor of Vinyl Record Day on Sunday (the 130th anniversary of Thomas Edison‘s invention of the phonograph), JB over at The Hits Just Keep on Comin’ has organized a “blog swarm” of posts dedicated to the once dominant medium of vinyl records. I’m proud to be part of this swarm, so after you check out this post, be sure to click around to JB’s site for the main post, as well as the other great blogs involved (links down below).

Vinyl. LP’s. Records. Time marches on, and the music listening public at large distances themselves from the LP era, which covered the majority of the 20th century. For those of us older than, oh – let’s say 35? – a special little pocket of our music lovin’ hearts will always be reserved for vinyl records. Here are some random ramblings regarding my reverence toward the record. 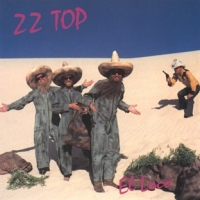 First LP: As a bona fide music nerd, I can remember the very first album I ever bought. It was ZZ Top’s El Loco

, which was released in November 1981. So it must have been about Christmas time when I walked into a Mankato, Minnesota mall and plopped down my hard earned allowance money for the record. The song that captured my fascination at the time, and inspired me to buy the record, was “Tube Snake Boogie”. I was 11 years old at the time, and while I didn’t know firsthand of what they were singing about, I had a pretty good idea. Having two older brothers didn’t hurt either. “I got a girl who lives on the hill, she won’t do it but her sister will.” Straight to the point.

, and the Scorpions’ Blackout 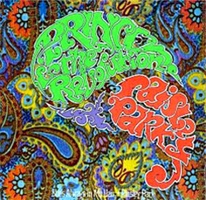 Prince LP Mania: My vinyl collection grew significantly after September 1984, when I morphed into a Prince-loving animal. Many bus rides were taken to downtown Racine’s Mainstream Records to snatch up the latest Prince or Prince-related albums, 12″ singles, and 45’s. They’re still with me today. All of ’em. In protective plastic wrap. I’m just waiting for the day that my daughters get old enough to start thumbing through my Prince records, and they’ll see the Lovesexy

album, and turn to me with a quizzical and confused look on their faces (Lovesexy, by the way, is probably the last LP I ever bought new).

Proud Papa: I gotta say though, my daughters will be well versed in all formats of music. My three year old already knows what LP’s, cassettes and CD’s are. And she can fire up a song in iTunes like nobody’s business. I can also play her any Beatles, Springsteen, or Prince song, and 90% of the time she nails it. Strummer or the Clash? She has about a 48% success rate. But we’re working on it. My poor daughters… They have no choice, do they? But I guess there are worse childhoods than spending it immersed in your dad’s music! As long as they’re not singing “Let’s Pretend We’re Married” or “Revolution no. 9” on their first day of kindergarten.

Hardware: My Yamaha turntable, which had served me since 1989, quit on me about a year ago. So by making good use of the Amazon Wish List feature, one of my birthday gifts last weekend was a new USB turntable. I’m back, baby! What’s more, my work buddy Jim up and quit his job and moved back to the east coast. But not before he handed over a couple of crates of vinyl to me.

So here are a handful of tunes ripped straight from vinyl, both from Jim’s collection, and mine. Though I’ve moved on to the digital age, and most of my music is in the form of mp3’s and CD’s (less and less), I’ll always be an album guy.

A smattering of vinyl rips: 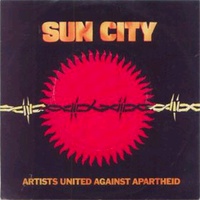 Dead or Alive – Brand New Lover (mp3) – The Dust Monkey’s Love Bubble Mix – thanks Jim for the crate of albums!

. One of he quality tracks from Boss sound-alike Cafferty.

John Cafferty & the Beaver Brown Band – On the Dark Side (mp3) – oh hell, I have to include this too…

Check this cool video footage of a Duke Ellington record being manufactured, circa 1937:

Now on to the SWARM!

AM, Then FM
Bloggerhythms
The “B” Side
Davewillieradio
Echoes in the Wind
Flea Market Funk
Fufu Stew
Funky16Corners
Good Rockin’ Tonight
Got the Fever
In Dangerous Rhythm
It’s Great Shakes
Jefitoblog
Lost in the 80’s
Py Korry
Retro Remixes
The Snack Bar
The Stepfather of Soul
Three-Sixty-Five 45s