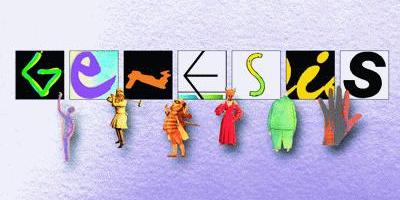 I’ll try very hard to avoid the cliché of saying Genesis “turned it on again” last night at Giants Stadium, but I’ll be damned if I can find a better metaphor at the moment. From the opening blast of “Duke’s Intro (Behind The Lines)” to the last bit of “Invisible Touch” (we skipped the encore in favor of not sitting in the nightmare that is Giants Stadium traffic) the group delivered a dynamic and energetic set of hits, classics and rarities spanning their 40 year career.

There are very few times that I can say that I was actually glad to be in ‘nose-bleed’ section. This is one of them as it really allowed us to take in the massive stage and light show. The band performed while dwarfed by the enormous backdrop and flanked by high definition video screens. I’d venture to say the experience was on par with Pink Floyd or U2’s Popmart tour. While the band performed, video and images danced across the stage reflecting the band’s 70’s art-rock leanings.

Set highlights for me are almost too many too mention but standout performances of “No Son Of Mine”, the once again relevant “Land Of Confusion” and haunting “Firth Of Fifth” / “I Know What I Like (In Your Wardrobe)” through “Mama” (complete with Phil scaring the crap out of the crowd during his “Ha-Ha”) all come to the forefront. While I could complain that favorites like “Misunderstanding”, “That’s All” and “Illegal Alien” were not included, I found that I really did not miss them. I walked away feeling fully satisfied and with a giant smile on my face.

Oh, also of note is the fact that each of the North American shows are going to be made available to purchase at TheMusic.com. If you did not have the chance to catch the show and want to hear it, you can order any of the 22 shows.