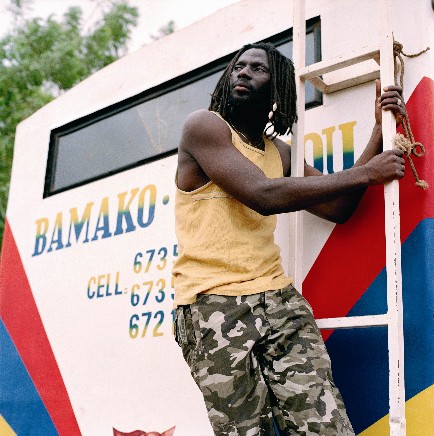 It’s news stories like this that jump out at me and remind me about the power of music. Tiken Jah Fakoly is a very popular reggae artist in Africa. He’s also very outspoken and apt to speak his mind – qualities that those in power aren’t too fond of in western Africa (and the rest of the world for that matter).

Tiken was born in Côte d’Ivoire, but makes his home now in Mali. Since the early 90’s, his brand of politically and socially active reggae has made him an icon to the oppressed people of the region, and throughout Africa.

Last week, at a concert in Dakar, Senegal, Fakoly spoke out against Senegal President Abdoulaye Wade: “Mr president, if you love Senegal, leave power!” He then launched into “Quitte Le Pouvoir”, which means “leave power”.

The president’s critics say Senegal’s once-bright democratic credentials have been tarnished by Wade’s political maneuvers to position his son to succeed him, the detention without trial of critical journalists and the diminishing power of parliament.

Here was the government’s response to Fakoly’s statements in the concert:

“Following the discourteous statements by the artist Tiken Jah Fakoly regarding our government, the artist is declared persona non grata in Senegal,” read an Interior Ministry ruling broadcast on state television. [Reuters story]

They kicked him out of the country!

I admire people like Tiken. It takes a shitload of courage to speak your mind in many parts of the world. In the struggling nations of west Africa, Tiken Jah Fakoly is one of those leading the charge, risking his neck for the right to stand up for what he believes in.