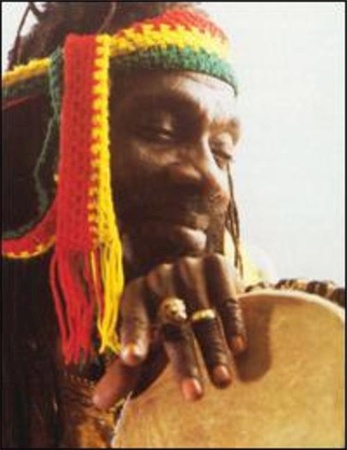 I have to thank my wife for the infusion of more reggae into my life. She’s an island girl (Seychelles), and has grown up loving reggae. One of the great groups she has introduced me to is Culture. They are reggae legends, but I never was too familiar with them until I met her.

Today turned into reggae day for us. We watched Countryman

earlier this afternoon. It’s a 1982 film about the adventures of a peaceful rastafarian fisherman. It has an awesome soundtrack of great reggae tunes. So naturally it put us into the reggae mood. So we put on Culture for the rest of the day. In cruising around the web checking out the Wikipedias and the YouTubes, I came to discover that Joseph Hill, lead singer of the group, passed away exactly one year ago today (August 19th). It was after a gig in Germany a year ago that Hill collapsed. It was later attributed to liver failure.

Hill formed Culture in Jamaica in 1976 with his cousin Albert Walker and Kenneth Dayes. They soon joined up with producer Joe Gibbs and engineer Errol Thompson, who would help Culture record a string of classic reggae albums, starting with 1977’s Two Sevens Clash. They also worked with some premier musicians of the day, including Sly Dunbar and Robbie Shakespeare. 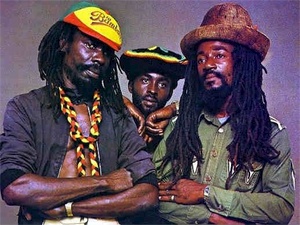 Let’s remember Joseph Hill today with some classic Culture tunes, one of the true pioneers of roots reggae.

Culture – This Train (mp3) – from Cumbolo

Culture – Why Worry About Them (mp3) – from Wings of a Dove