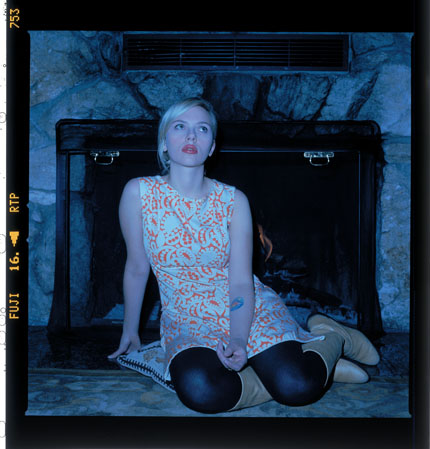 You know, after hearing this Listening Party stream of Scarlett Johansson‘s album, color me impressed. Not that I expected her to release a pile of garbage like Paris Hilton, but you never know what to expect with the actress turned singer debut album (did I just call Paris Hilton an actress?). But ScarJo’s got a lot of impressive things going with this album: first of all, Anywhere I Lay My Head is essentially a Tom Waits cover album – 10 of the 11 songs are Waits songs. Secondly, it was recorded here, at Dockside Studio, deep in Louisiana bayou country. And thirdly, she brings in quite the supporting cast: David Bowie sings on a tune, TV on the Radio producer David Sitek produces, and also appearing are Yeah Yeah Yeahs guitarist Nick Zimmer, and Sean Antanaitis from Celebration.

Anywhere I Lay My Head is released on May 20th. You can pre-order the album by gently yet firmly clicking the album cover…HEY! Gennntllllle.