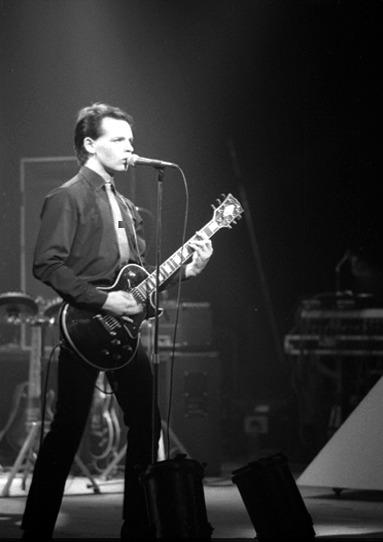 I know very little about Gary Numan. I’ve always been a fan of “Cars”, but beyond that, not much exposure to ol’ Gary. But I’m always seeking to paint in the bare spots of my musical canvas (like that?), and God knows, we all need to take a trip back to 1980 once in a while for some classic synth-heavy new wave.

So a quick Numanology…. born Gary Anthony James Webb in Hammersmith, West London in 1958… Put together a band in the late 70’s called Tubeway Army… 1979’s The Pleasure Principle

included his biggest hit, “Cars” – and was completely devoid of guitars… two of his biggest influences: David Bowie and Marc Bolan… he’s a flying nut, and was once arrested in India for “spying” during a flight around the world… he’s seen a resurgence in his career over the last decade, as time and perspective have him labeled by some as the “godfather of electronic music.”

Airlane
Me I Disconnect From You
Praying To The Aliens
M.E.
Films
We Are So Fragile
Are Friends Electric?
Conversation
Metal
Cars
I Die, You Die
Down In The Park