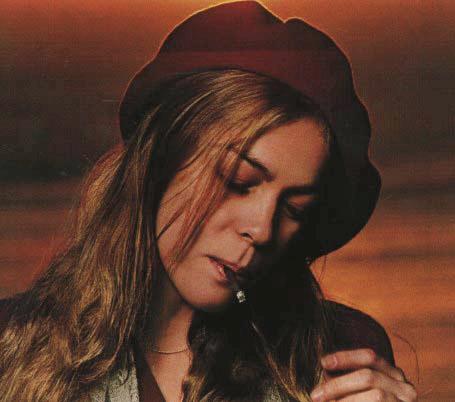 Howard Stern had a great interview this morning with Carly Simon. Howard drilled down into her icy relationship with ex-husband James Taylor. Their mutual son – Ben Taylor – was in the studio as well, which made for an interesting dynamic. Long story short, Howard and Ben are joining forces to talk some sense into JT and at least get the former couple talking again. Howard is a great shrink, I’m telling ya.

Hearing Carly Simon made me think of Rickie Lee Jones. Natural progression, right? I don’t know why, but I just associate one loosely with the other. Now let’s go back 15 years, shall we? I have exactly one Rickie Lee Jones album: Traffic From Paradise. It was her last record with Geffen, released in 1993. There’s some wonderful collaborations on the album with the likes of Leo Kottke, Brian Setzer, David Baerwald and Ickmusic hall of famer David Hidalgo. Kottke especially pervades the album, playing 6-string, 12-string, and slide acoustic guitar. Master of the session drummers (and drummer for the Traveling Wilburys) Jim Keltner pounds the skins.

Two songs stand out on the album for me. The first is the crushingly beautiful “Beat Angels”. The background vocalists you hear are Hidalgo, Setzer, and Syd Straw. Hidalgo is also on eight string electric guitar.

The second track is the Jones/Kottke-penned “Running From Mercy”. Providing backing vocals here are Lyle Lovett, Kottke, Teresa Tudury, Sal Bernardi, and John Leftwich. Another one that reaches down into the soul…

Rickie is still going strong. Check out her tour dates along the East Coast this June and July, and check out her latest, The Sermon on Exposition Blvd.