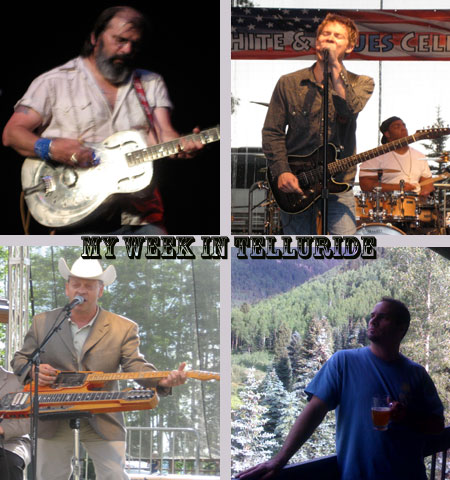 Yes, folks, life was sweet last week. My wife and I plopped the kids into the truck and drove the 9 hours from the Phoenix area to the beautiful San Juan Mountains of southwest Colorado. We met up with my parents, my two brothers and their families for some 4th of July fun in Telluride, Colorado.

As you can see, the music gods were smiling on me during my vacation. Among the hiking, dining, and fly fishing (3 times, 1 brown trout, and a ton of fun) were these three great events that kept the Ickmusic vibe alive….

Junior Brown (7/2 – Mountain Village) – In the town of Telluride, you can jump on the free gondola for the 11 minute ride up to Telluride Mountain Village. Every Wednesday this summer, the village offers up some FREE concerts. The Wednesday we were in town, I was happy to see I landed a quality gig: Junior Brown.

Junior Brown is a virtuoso of his custom-made half electric / half slide guitar hybrid. If you’re unfamiliar with Junior, odds are you may have heard his biggest hit – “Highway Patrol”…

His set ran about 80 minutes or so, and featured some great country twang – songs like “My Wife Thinks You’re Dead”, “Freeborn Man“, and one of my favorites from the afternoon, “I Hung It Up“. 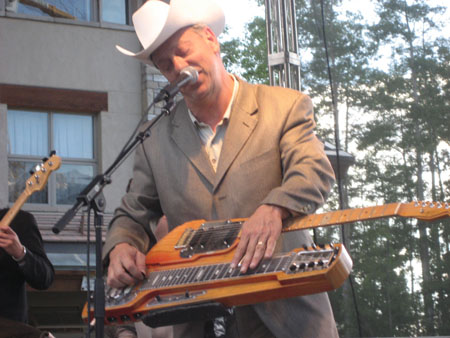 Junior led a small but powerful three piece: Junior on his contraption, a bass player and a snare drummer (just a snare and a cymbal). 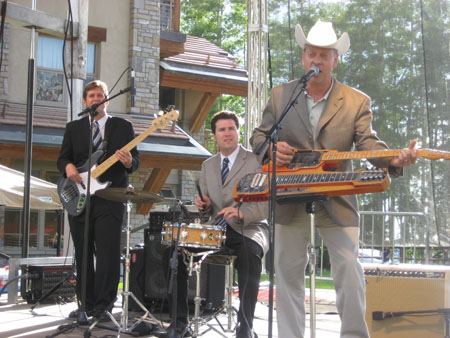 A great set, and a nice dude. In my ever present geek-ness, I asked for a pic afterward… 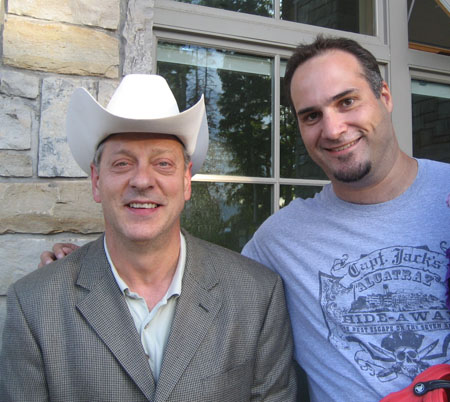 Steve Earle / Allison Moore (7/3 – Sheridan Opera House) – It seems my stars were aligned on this trip. I found out a couple months before that, by coincidence, Steve Earle would be playing two nights in Telluride during my vacation. Even better, he was playing the Sheridan Opera House, a small, intimate, and historic venue built by the Telluride miners back in 1913. The place is small, holding 240 people. My brothers, my wife and I scored a cocktail table in front of the stage.

First up was Steve’s lovely wife, the talented-in-her-own-right Allison Moorer, who delivered a short but special set with some selections off her latest album, Mockingbird. The highlight for me was a Kate McGarrigle cover, “Go, Leave” – as I mentioned here. Also impressive were a great cover of Patti Smith’s “Dancing Barefoot” and Ma Rainey’s “Daddy, Goodbye Blues”.

Then it was Steve’s turn. Steve came out, launched into “Christmas in Washington”, and didn’t let up for 27 straight songs. What songs, you say? Why, I thought you’d never ask… 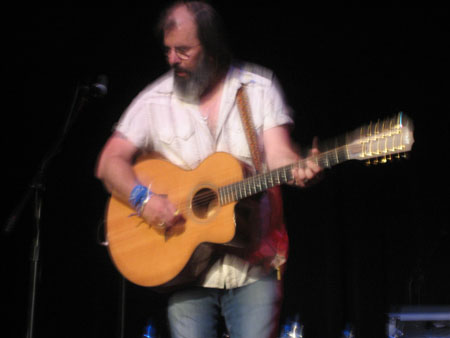 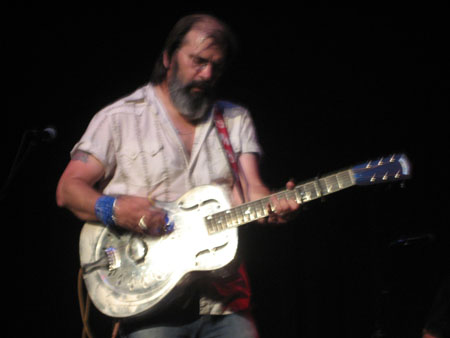 Of the 27 songs, there were only a couple from his new record that I’m still not crazy about (“Red is the Color” and “Down Here Below”), but the rest were top notch. Steve is always a manic, opinionated, fiery road warrior, and I never tire of hearing him play his music, tell his stories, and speak his mind.

Jonny Lang (7/5 – Mountain Village) – While walking down Telluride’s main street, Colorado Blvd., with my family, Tom Cruise, Suri, and Katie Holmes on the 4th of July (okay, well they were there somewhere on that same street that day), I noticed a flier I hadn’t seen the previous days: “Jonny Lang – Free – Saturday, 3pm”. No brainer. I’m there.

On Saturday, I grabbed the rain coats and my 4-year old and met my brother and sis-in law up at the show.

We arrived about four songs into Jonny’s set. A couple songs later, I commented to my brother about how tight the band sounded. I’m now convinced that I sensed something familiar about the band, and here’s why. Into the band intros about halfway through his set, Jonny said: “On guitar, from Minneapolis, Minnesota, Sonny Thompson!”

“Hmm”, I commented to my brother, “There used to be a Sonny Thompson in Prince’s band.”

Next, Jonny said: “And on keyboards, from Minneapolis, Minnesota, Tommy Barbarella!”

Oh! Sheeiiit. No he didn’t! Oh – – gizzlewiggywahhhh…. my inner Prince geek sprang to life. I was ready to look for that purple banana ’til they put me in the truck! Daaahhhh- dah-dah-dah – you sexy mothafu…… YES!

So naturally, a plan was hatched to bother introduce myself to the guys after the show…. 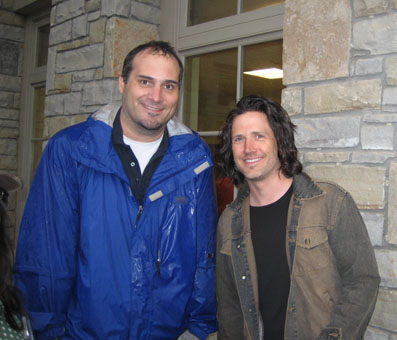 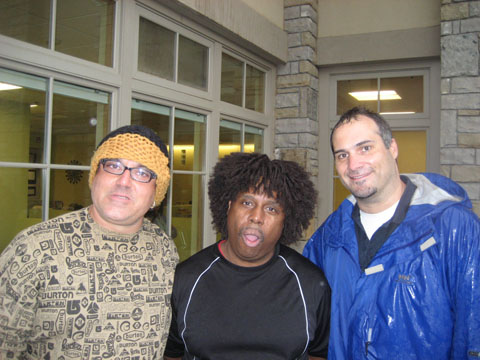 The guys were great and gracious. I commented to Tommy about how he was probably happy that Jonny doesn’t dress him like Prince used to. Tommy laughed, and said that he’s the one who has to live with showing his kids those pictures now (check out the “Glam Boy” section on his photo gallery in the “About Tommy B. section of his web site).

Lang, it goes without saying, was phenomenal. At 27 years old now, the guy keeps getting better and better on guitar, and is really a treat to see live. And the band was obviously as accomplished as he was, and impressed the crowd just as much. They played a funnky version of Stevie Wonder’s “Living in the City”, as well as a ton of Lang’s material, which I’m not familiar with. I did recognize his “hit” – “Lie to Me“, which he encored. But just a great gig, and like I said, Prince Geek Heaven.

Our last night in Telluride, my wife and I left the kids with grandma and grandpa, and went out for a nice dinner at Honga’s Lotus Petal. When we came out, we saw this. A fitting end to a great trip.

Telluride. One of the most beautiful places on this earth. 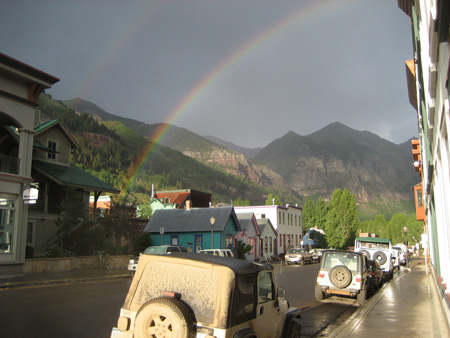