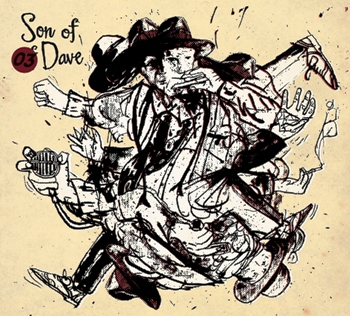 Son of Dave is Benjamin Darvill whom you may or may not recognize as part of Crash Test Dummies. As he so succinctly puts it, he has spent the last few years bringing “the Blues kicking and howling into the 21st Century” and if this recording is any measure I’d say he’s been quite successful. Darvill is a modern day troubadour with an impressive range and razor-sharp wit. While he begs comparison to Tom Waits, his delivery as a one-man band – stomping, looping and fighting his way through the record’s eleven tracks – sets him far apart.

The leadoff track “Old Times Were Good Times” is nothing short of funky and sets the tone for the next nine cuts. Must-listen tracks like “Lover Not a Fighter”, “Hellhound” and a cover of the WAR classic “Low Rider” all make this one record not to miss.

Son of Dave Links: Official Site | on Last.fm | on MySpace