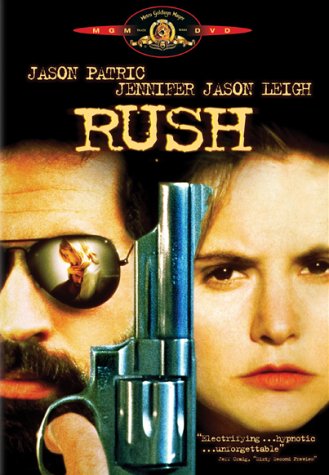 Must be in a Bluuuues kinda mood. I’ve had the soundtrack to the movie Rush since it came out in December 1991 (Jason Patric, Jennifer Jason Leigh, and Gregg Allman as – what else – the drug dealer). Eric Clapton scored the movie, and contributed some extra songs too, most notably “Tears In Heaven“, written for his son Conor, who died tragically in March 1991 from falling out of his mother’s 53rd story apartment window in Manhattan. He was 4 years old.

Eric invited Buddy Guy to help out with this one – Willie Dixon’s “Don’t Know Which Way To Go”, an 11 minute immersion into everything that is great about the blues.