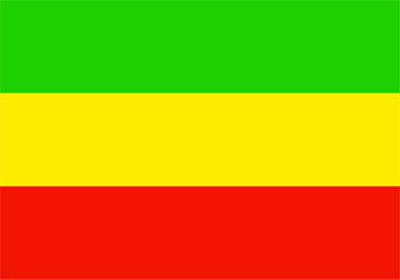 I’ve been in a pretty deep reggae phase lately, branching out and exploring some artists I’m less familiar with: Jacob Miller, the Congos, Bunny Wailer, the Gladiators… if you ever want to get lost and explore some reggae, go to Last.fm and start up Bunny Wailer Radio, or Culture Radio, or Jacob Miller Radio. Then grab a Red Stripe (or a Guinness), sit back, and enjoy.

The Congos – Congoman (mp3) – from Heart of the Congos 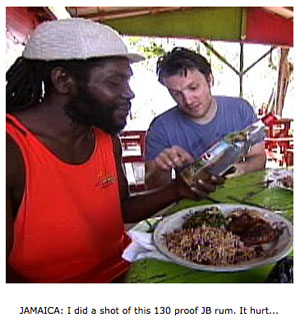 Have you guys & gals seen Three Sheets yet? It’s already 3 seasons old, but I just started watching a few weeks ago. Zane Lamprey is the brilliant & hilarious host, and he has the enviable job of traveling from country to country, exploring local drinking culture (often followed the morning after by  finding the best local hangover remedy). It’s such a great show, and will have you laughing out loud no more than 3 minutes in.

Check out the Jamaica episode of Three Sheets here on Hulu.com. You’ll find out why Guinness is just as popular with the locals as Red Stripe. Trust me, it’s worth your while.

By the way, the channel that hosts Three Sheets, MOJO HD, will be going off the air on December 1st. Worry not, though, Three Sheets will be picked up somewhere, it’s just not clear where yet. Meanwhile you can catch up on all the episodes online for free at Hulu. And if you flip on Mojo today, you’ll land right in the middle of a Three Sheets Marathon. Cheers!

So the other day, I was flipping through my HD channels and came across a show called Music in High Places on Palladia. This episode featured Ryan Adams in Jamaica. Now, I’ve always been a distant admirer of Ryan Adams. I have a few of his records, both solo and with the Cardinals (and I need to get the Whiskeytown albums). But I can feel myself being drawn more and more into his music.

This performance of “Firecracker” on the show was my highlight. I’ve been playing the hell out of this YouTube video since…

All the Ways I Want You (A YouTube Debut)

The Happiest of Turkey Days to You