It always takes some work on my part to parse out what was released this year, because I’m always discovering great music from years past too. But I’ve done it (and thrown in some pre-2008 tunes – I’m sneaky that way).

Albums of the Year 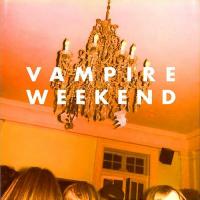 :: The hipsters give this band a lot of shit – why, I’m not sure. But I’m not a hipster, I’m just a dude who knows a catchy, original album when I hear it, and Vampire Weekend’s debut was one of my top albums of the year. “A-Punk”, “Campus”, “Cape Cod Kwassa Kwassa”. Mansard Roof”, “Oxford Comma”… this album is full of great songs. 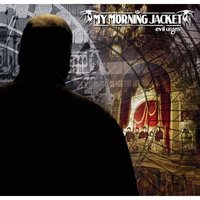 :: I love variety, and these guys bring it with every album. On ‘Evil Urges’, we get Jim James’ best Prince impression (“Highly Suspicious”), and some deep down and soulful grooves that reach back to 70’s soft rock and soul. Standout tunes: ‘Touch Me, I’m Going to Scream, Part One”, “Thank You Too!”, “The Librarian”, “Smokin from Shootin”. 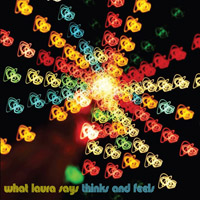 3. What Laura Says – Thinks and Feels

:: It was refreshing (and surprising) to be so blown away by a local band. Tempe, Arizona’s What Laura Says is on the rise. Their label debut, ‘Thinks and Feels’ is retro psychedelic indie rock. With influences ranging from late 60’s psychedelia to Simon & Garfunkel to Dr. Dog and Ben Folds, this is an album I can play straight through 10 times and find something different every time. Beautiful harmonies and melodies, and a lot of surprises. 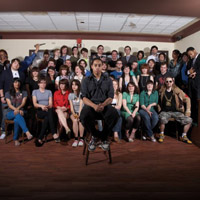 :: Edmonton rapper and former Pitchfork writer Rollie Pemberton aka Cadence Weapon has one of the most unique sounds out there. On ‘Babies’, Cadence lays down his quirky rhymes over techno grooves. 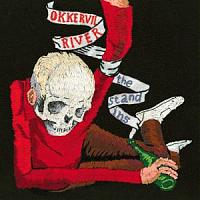 :: Led by my favorite of the bunch, ‘Lost Coastlines”, this album has not left my iPhone/iPod since I bought the album.

And growing on me fast: 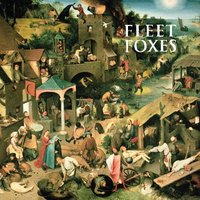 :: Appalachian church / folk music. You’ve undoubtedly seen this album on a bunch of top album lists. Initially, I wasn’t blown away, but this is an album that creeps up on you. Standout tune: “White Winter Hymnal”.

1. “Strange Overtones” (mp3) – David Byrne :: “Joyous” is the first word that comes to mind when I think of this song. I first heard it on one of Radio Free Wohlman‘s podcasts earlier in the year. And then I saw Mr. Byrne come out on stage in Austin, he and his band dressed in white, and perform the hell out of this song in the show opener. This tune gives me goosebumps and doggone it, it makes me happy.

2. “Get Better Soon” (mp3) – What Laura Says :: An outlaw country shuffle of a tune. Great opening line: “Don’t worry about me, it’s you that needs the help”.

4. “Sausalito” (mp3) – Conor Oberst :: Like MMJ’s Jim James, Conor’s another one of those younger prolific MF’ers, and I really enjoy what he has to offer. “Sausalito” has that country roots feel I love so much, and it’s a pretty damn infectious tune.

5. “Oh Please” (mp3) – Jon and Roy :: Jon and Roy are one of those great under the radar singer/songwriter talents. They call Victoria, British Columbia home, and sometime this year, I must have got an email, and I stumbled across “Oh Please”. I love this tune. Simple. Soft. Real.

Cover of the Year

“Creep” (video) – Prince – Live at Coachella :: Prince has done some cool covers (Joni Mitchell’s “A Case of You”), and some not so cool (‘I Can’t Make You Love Me”, “Everyday Is A Winding Road” – a Sheryl Crow cover on a Prince record? Come on dude..), but his version of Radiohead’s “Creep” was something fresh and exciting to hear – even with the re-worked lyrics that changed the feel of the song. I would have loved to be at this Coachella show, or, as Prince calls it, “Co-A-Chella”.

Disappointments of the Year 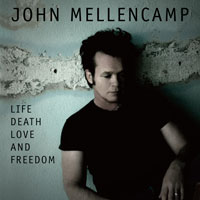 :: I gave this album a few serious tries. I’m a big admirer of Mellencamp, and I was really looking forward to it, especially after hearing the lead single “My Sweet Love”. But I found it too dark, and too in need of hooks and melodies, which JM is surely capable of. It’s a rootsy, bluesy, morose record, and has received some stellar reviews. It’s John’s “dark” record. But truth be told, it didn’t do a thing for me. For dark Mellencamp, I’ll take “Jackie Brown”.

No Boss in Phoenix :: I’m still at a loss as to why Bruce’s Magic tour, with two full U.S. legs, totally skipped Phoenix, Arizona – the 8th largest metro area in the USA. Granted, most of the time I feel like I’m in a cultural wasteland with no soul, but that’s beside the point. I did travel to Anaheim for a show, though, and got to see Tom Morello shred it up with Bruce on “The Ghost of Tom Joad”.

Best Live Show of the Year 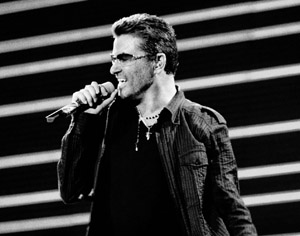 George Michael, June 22, U.S. Airways Arena, Phoenix :: Say what you will, but George’s show here in Phoenix was my live highlight of the year. Ol’ George is now back to his old ways (amphetamines and public toilets and whatnot), but as anyone who saw this tour can attest to, George was in prime form. His 80’s classics, his humble and genuine stage presence, his stage setup (Giant Screen!), all made for a show that ranked 10 out of 10 in my book. I was riding a GM high for weeks after this.

Band of Horses, September 28, Austin City Limits Music Festival :: After discovering the greatness of Band of Horses in January, I was looking forward to their ACL set from the moment I saw it was scheduled. I lingered around the stage all afternoon and made my way front and center when it was time for their set. I was not disappointed. Ben Bridwell and company rocked out with great tunes like “The Funeral”, “The Weed Song”, “No One’s Gonna Love You”, “Is There a Ghost”… And just as cool, the next morning at the Austin Airport, I met Ben Bridwell and told him just how great his music is.

Best New (to me) Artist/Song: 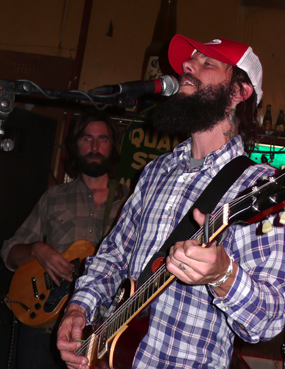 Band of Horses :: 2008 was, for me, Year of the Horses. It took me until January 2008 to discover their incredible two albums, ‘Everything All the Time’ and ‘Cease to Begin’. In September, I got to see them front and center at Austin City Limits Music Festival. Ben Bridwell (above) is one of my new musical heroes. I can’t wait to see what they have in store for us in the future (right now, they’re recording their third album in Muscle Shoals, Alabama).

Jenny Lewis :: I may not dig Jenny as much as my five year old daughter, but I was happy to discover her music this year – particularly her album with the Watson Twins, ‘Rabbit Fur Coat’. This video to “Rise Up With Fists” is what initially reeled me and my daughter in.

“Missed the Boat” (mp3) – Modest Mouse :: “While we’re on the subject, can we change the subject now…” Another of my most listened to songs of the year. I love Isaac Brock’s voice, and on this tune, James Mercer pops in for some sweet backup vox as well. Great song that I didn’t hear until this year.

“Just Can’t Forget” (mp3) – Jonny and Josh :: I stumbled across it on MySpace early in the year. Someone had it streaming on their profile. Jonny and Josh are singer/songwriters in the Denver area, and they wrote a song here that connected with me immediately. Dark and melodic, with a rhythm and hook that sticks with you.

“Nobody Knows” (mp3) – Faces :: I’ve discovered a lot of the Faces catalog this year, and this song is one of the best. Rod Stewart and Ronnie Lane (I believe?) share vocal duties here.

“The Story” – Brandi Carlile :: I heard this about a gajillion times during the Olympics, but it didn’t get old. Really a great pop song, and a great voice.