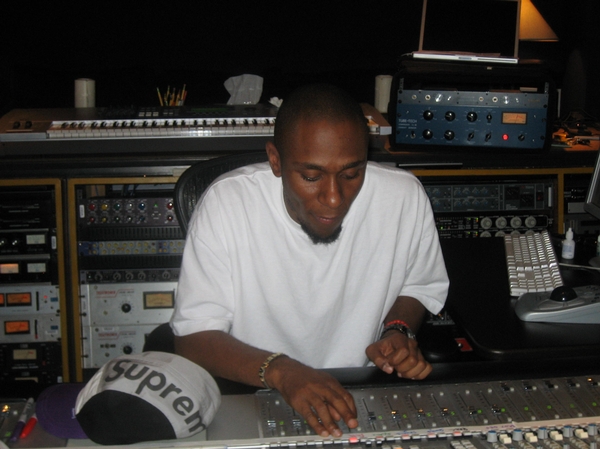 Call it the power of television. I tuned into Letterman on Monday night to take in the entertainment that is Howard Stern in the guest chair. I always enjoy the interaction between Howard and Dave. The musical guest that night was Mos Def. He was on promoting his new album, The Ecstatic. I came back to the performance about midway thru, but I was immediately hooked. The song was “Quiet Dog” – a DJ, a drummer, and Mos Def on two large timpani drums. A tribal rhythm, really unique, and another example of how one encounter can hook a new fan.

I bought The Ecstatic the next morning, and it’s pretty much been bumpin’ here all week. Favorites are “Quiet Dog” (intro features some interview audio from the late Fela Kuti), “Twilite Speedball”, and “The Embassy” (another unique intro – a pilot’s in-flight announcement, with some tweaking). Hell, he’s even got a Spanish language rap, “No Hay Nada Mas”. At least I think it’s got something to do with love.

A refreshing album. I haven’t even cracked the surface…