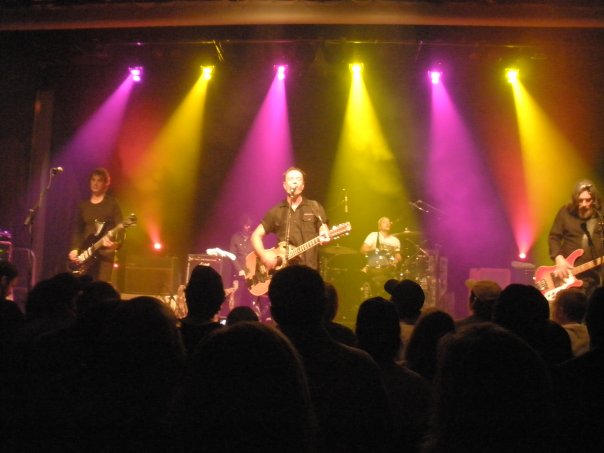 “I’m ready!” my friend Steve exclaimed loudly after taking a bong hit whilst standing on his head. It was the dead of winter in Minnesota in early 1988. Steve, my roommate Matt and I were about to listen to the new album by the Church entitled Starfish– purchased only hours earlier.

Steve had been into the Church way before I had. When I first met him in the fall of 1982, he had already worn out his copy of The Blurred Crusade…a drippingly wonderful psychedelic chestnut reminiscent of late 60s jangly guitar water colours. I’ll never forget the first time he played “You Took” for me. Talk about a shovel to the head stunner of a track.

As we sat blissfully stoned in the dead nut cold of 1988 and listened to what would be the biggest album the Church would ever make, we were in heaven. Starfish is  a gorgeous piece of music that will always stand the test of time. A few months later, Steve and several of his friends went to see the Church when they came to town. For whatever reason, I didn’t go. It was probably a girl.

As the years went on, I followed the Church as they made album after album. I always dug every one. They came to Minneapolis many times and I just never got around to seeing them. That’s just how it is sometimes with bands. So when my friend Brian called me up and asked, “Hey, do you want to see the Church on Sunday?” I knew that God had sent me a message.

Still basking in my last trip to the Varsity for Doves, Brian and I walked in to the theater to find a very sparse crowd. I suppose I shouldn’t have been surprised given our state population’s reticence to go anywhere other than the cabin or the chair in front of the TV but…MAN…did many people in Minneapolis miss a great show.

They opened with “Tantalized” from Heyday -letting us know straight from the start that this was going to be seriously tight. Drifting between new and old material, focusing on their quite good new album Untitled #23, The Church brought us all on a galactic journey that soothed my mind and heart with cosmic dust. “You Took” was loud and amazing. I thought of Steve’s grinning face, of course, as he watched me dig it for the first time 27 years ago. “A Month of Sundays” was gorgeous. “After Everything” was quite sad but exceptional. “Deadman’s Hand” and “Pangea,” both from the new record, stood up against any song from Starfish.

They closed the set proper with “Under the Milky Way” and “Reptile” which sounded so lovely and beautiful that any regret I had had about never seeing them vanished in thin air. My mind drifted back to the Elm Street apartments in 1988 and without so much as a drop of alcohol or a puff of smoke, I felt marvelously high.

The Church is playing next on…..

Peter Piper / Take Me To The Mardi Gras