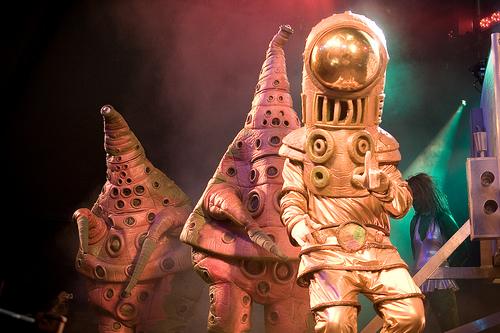 My nine year old daughter was in the back seat of our minivan as we were heading home from summer day camp and laid yet another way beyond her age question on me. For a moment, my thoughts went back to when she was four years old and asked me if George Bush was a Christian. And if he was, why would he send people to kill other people if it was murder and breaking one of the Ten Commandments? I think Jean Piaget, developmental psychologist of the early and middle 20th Century, was rolling in his grave to hear a four year old express a question dripping with formal operational thought.

I actually could’ve used Piaget in answering not only the question from five years ago, but the current one that had piqued her curiosity.

“Well, we were talking about rap music today at camp and one of the counselors said that rap was cool because it was like stream of consciousness. So I want to know what that is.”

So, I spent the next few minutes explaining to her what it meant…how random thoughts can be strung together in a seemingly related way to express a thought or mood. Or both.

I knew she’d make this request and I had the perfect one in mind…the Song of the Summer of 2009.

American Sam Spiegel (aka Squeak Spiegel) and Brazilian Ze Gonzales (aka Zegon) came together in 2007 to create a massively cool indie hip hop band called N.A.S.A. No, it’s not your father’s space agency but actually North America-South America…a sisterhood and brotherhood of unity that, quite frankly, our country could really use right now. All of their music reflects this mood quite wonderfully.

On February 17, 2009, the duo released The Spirit of Apollo. There are several great tracks on this record as well as a collection of guest stars like David Byrne, John Frusciante, Tom Waits, Santogold, George Clinton, and a wide variety of rappers and hip hop artists. 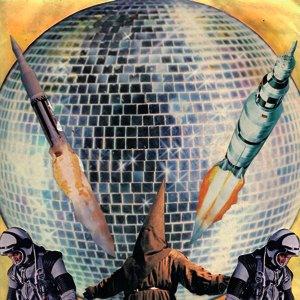 The track that really grabbed me, and officially became OCD (Obssesive Compulsive Disorder) song #1 of 2009 (review of OCD #2 to appear here soon) – and what I played for my daughter to illustrate the beauty of stream of consciousness – was “Strange Enough”, featuring the late Ol’ Dirty Bastard (Wu Tang Clan), Fatlip, and the seriously stunning on several levels Karen O (lead singer of the Yeah Yeah Yeahs). What an absolute fucking corker of a song!

I think I have played this track every day at least once since it came out in February and, for whatever reason, it has become synonymous with this summer. Virtually everyone I have played it for has downloaded it. It’s rhythm is tight. The mood is intense and the lyrics are just plain cool. “Freak show pantie lover…but I’m getting too old for this like Danny Glover” or “Wild boy cowboy entertainer…insane…Purple Rainer”(special shout out to our Prince loving host of this site) are just two examples of how much fun this song is.

And Karen O’s bit is mega fucking cool. Towards the end of her rap, which is essentially the chorus of the song, she breaks down and giggles, asking Squeak and Zegon, who were presumably in the control room while she did her part…

“Something like that, right? Is that what you want?”

To which, the reply from Fatlip is:

No shit. Track of the Summer. Period. Heck, it might even be the Song of the Year but let’s not get ahead of ourselves. We still have five months left of 2009. And there is this track (serendipity!) on the new Yeah Yeah Yeahs album…