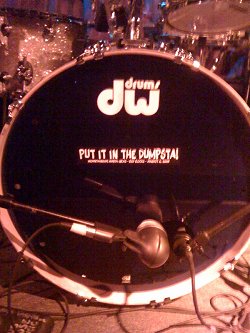 It was about 30 seconds into Dumpstaphunk’s set last night that I realized how starved I was for the Funk. No joke. I literally felt it wash over me like an ocean wave, seep into me, cleanse me, f-u-n-k me. That opening instrumental tune – the rapid fire bass lines of Tony Hall, while he stood over Ivan Neville on the Hammond B3, staring eye to eye – completely locked in from square one. While the chicken scratch guitar of Ivan’s son Ian, and the sounds of the funky drummer, Raymond Weber, piled on in the background. A symphony of funk right from the get-go.

I’m trying to think of the last time I was so funked up. It may have been in the late 90’s in Las Vegas, when Prince took over Club Utopia for one of his aftershows – a funk n’ soul laden jam session that lasted well into the morning hours.

It was a similar feeling last night – watching (and feeling) a talented group of musicians jam and have fun – taking the crowd along with them on a funk-tastic voyage. It was refreshing to pack into the Rhythm Room – a small box shaped club in Phoenix (and my favorite venue in town) – with a diverse group of like minded people. Young, old, black, white – you name it. All there to feel the funk. 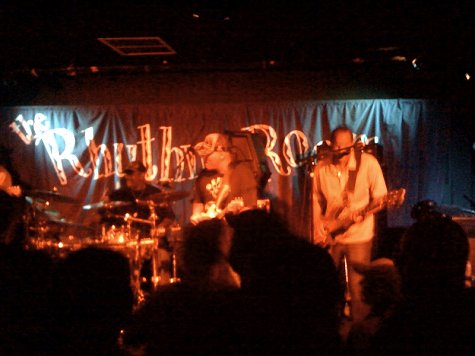 From originals like “Meanwhile”, “Put It In The Dumpsta”, and their ode to flatulence on the road, “Gas Man” – to a tight n’ killer viersion of James Brown’s “Super Bad” and the show finale, Sly’s “Thank You Falettinme Be Mice Elf” – the boys of Dumpstaphunk did not let up. They packed it all into a 90 minute plus set. The old saying goes, “Leave ’em wanting more”, and they certainly did that. I wasn’t ready to go.

As I lingered around afterwards, still in a daze from the experience, chatting it up with my Twitter buds @kfoxaz and @johnnyuno, there was Ivan Neville standing right next to us. It was cool to tell Ivan how I was a fan of his and his old man (Aaron $!@ Neville!!). I tell you, I never walk out of that Rhythm Room disappointed. Last night – for the first time in too long – the funk – the Dumpstaphunk – came to the hot Arizona desert. In August. And man, did they quench my thirst.

Be sure to check their tour dates. If you’re on the West Coast, they’ll be coming your way in the next week or two.

Here’s a recent show from Archive.org – Dumpstaphunk at the All Good Music Festival in West Virginia last month. It includes that hella-funky opening jam.

Hey, by the way, ever seen such a cool, tricked out Bug? Saw this in the parking lot last night. 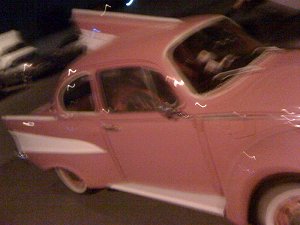 Incubus & the Roots do justice to Prince's "Let's Go Crazy"