In April of 2004, I walked the cold, snow/rain soaked streets of downtown Minneapolis towards the now defunct music venue The Quest. I was a man obsessed. For the few weeks before this, I had been incessantly playing what has become THE ultimate break up song of all time…”Run” by Ireland’s Snow Patrol. 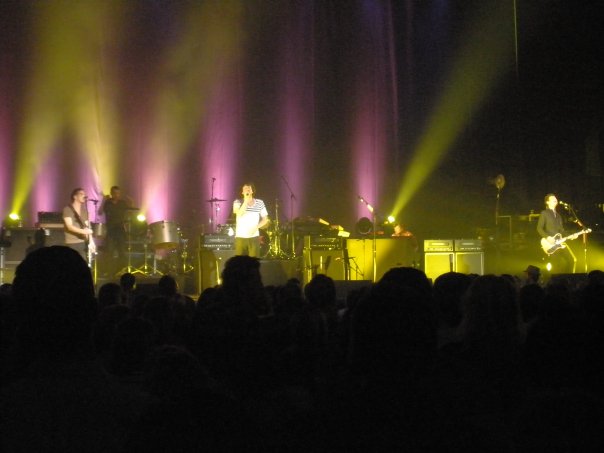 The band was in town to perform, not in the main room, but in the much smaller Ascot Room located in the upstairs of The Quest. I was pretty amped because the room was not all that bigger than a tennis court so essentially it was going to be like a press gig. I stood two feet from lead singer Gary Lightbody, who smiled at me constantly for being such a dork for every song he played, and watched the band play several songs from the current CD at the time, Final Straw

, as well as tunes from the first two indie releases. It was magnificent.

Less than three months later, they came back and played the main room at the Quest and it was good, but the Quest’s main room sound system really gargled old-man-in-a-rest-home testicles so I had trouble getting into it. Plus that first show was so intimate that it was hard to compare. More people were at the second gig as the band was beginning to get popular so at least that was cool.

and made the word “popular” their bitch. At the time, I have to admit that I wasn’t as into that album as the rest of humanity was…I liked the songs but they didn’t resonate with me like those on The Final Straw…like “Run.” Would they ever write the bookend to the ultimate break up song in the form of the ultimate love song?

Last year when the band released A Hundred Million Suns

, I discovered the answer was yes. So when I saw that they were kicking off their US tour in Minneapolis, my heart metaphorically melted into a pile of squishy love goo at the thought of hearing the most romantic song I have EVER heard played live…”Crack the Shutters.”

Gary Lightbody, lead singer and songwriter for Snow Patrol, calls the song “the purest love song I’ve ever written. Even more so than ‘Chasing Cars.’ It’s luxuriating in the beauty and wonder of someone you love with all of your heart.”
I completely agree.

As the set started with the almost as romantic and deeply personal “If There’s a Rocket Tie Me To It,” a feeling slowly crept over me…ever growing…like a ripple spreading across a still Irish pond. This band travels on a path that leads very deeply into that part of the heart where the fire of romance is as eternal as the one that keeps vigil over a fellow countryman named Kennedy.

Gary solidified this as he sang, “On my knees I think clearer” for the next song, “Chocolate,” and literally did so. As the band struggled with a multitude of sound problems and Gary’s failing memory, lyrically speaking, the audience didn’t seem to care as the set list was adjusted. Looking over at my favorite show companion of all time, her face was overcome with emotion as they decided to do “Make This Go On Forever” earlier in the set. It was quite a sight to behold…to watch this companion let every single fucking word of this song resonate inside of her in glorious commonality.  This was transpiring because the band had found yet another layer of heartfelt purity and, ultimately, the truth within her.

And I had realized that the songs on Eyes Open were just as good as all their rest. 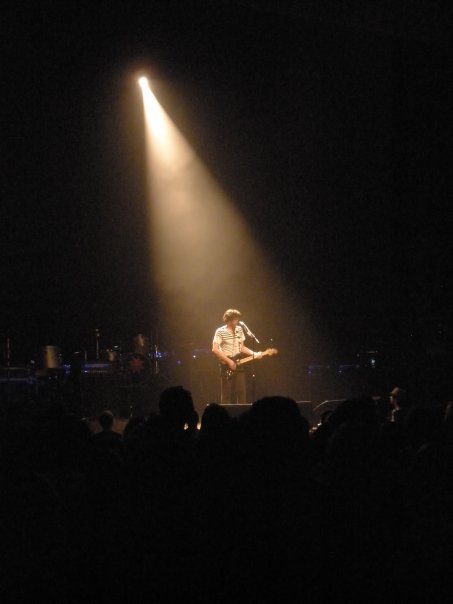 When the time came for the ultimate break up song, the rest of the band left the stage. A single spotlight shone down on Gary as he sang the crush my heart wonderful words “To think I might not see those eyes /makes it so hard not to cry / and as we say our long goodbye / I nearly do.” Playing the song by himself put an interesting bend to the song and when the band then rejoined him for the ending build up, it was quite lovely.

As the set progressed, I began to prepare myself for…it. The song. That fucking song. When it started, I quickly turned to my right to see my companion’s eyes close in pure bliss. Singing every lyric, she became like true lovers everywhere as “Crack The Shutters” filled the State Theater in Minneapolis….feeling the truth of beauty in every word Gary sang….validating their belief that it does, in fact, conquer all.

As they left the stage after having done an encore of “Lighting Strikes”, “Open Your Eyes”, and “You’re All I Have”, I thought of Gary’s words above regarding “Crack The Shutters” and the song they had done back in the middle of the set…”Chasing Cars.” Yes, “Shutters” is the ultimate love song, but perhaps the song “Chasing Cars” has the ultimate line:

“Those three words…I say too much…and not enough.”

Do you have someone in your life to whom you can tell those three words? When you say them, are you continually amazed by how they look at you? And do they say them to you in the way you need to hear them?

And it’s the best fucking thing in the world.

Snow Patrol will be touring North America alone and with U2 (!) for the next six weeks. Check Ticketmaster to see if they are coming to your town.