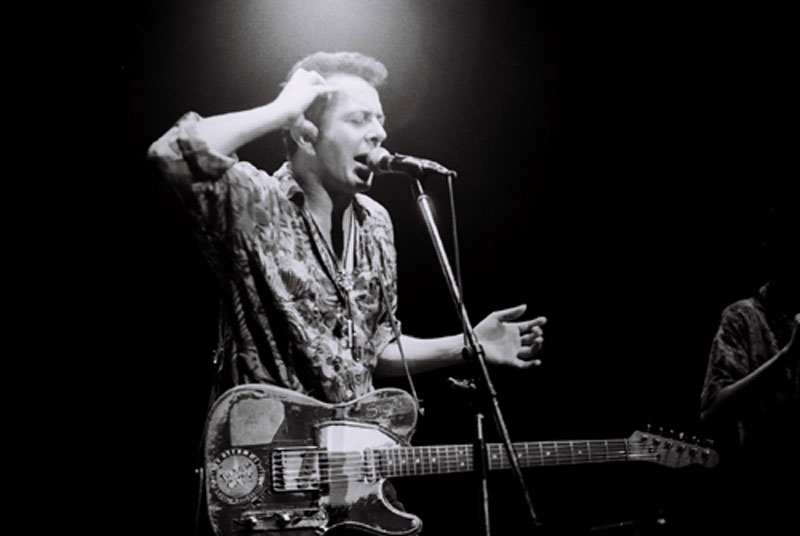 Today marks the seventh anniversary of Joe Strummer‘s untimely death at the age of 50 (due to a heart defect). To mark the occasion, and to celebrate the legend – born John Graham Mellor in Ankara, Turkey – here’s a nice boot from the Clash at the height of their popularity.

Touring behind their hit album Combat Rock, the tour took them through Montego Bay, Jamaica for the Jamaican World Music Festival. The Grateful Dead had headlined the night before, and this night, it was the Clash’s turn.

According to the Clash resource Black Market Clash, the “Bob Marley Centre” was nothing more than an immense gravel parking lot with a stage at one end. Earlier acts of the evening included Rick James, Jimmy Buffett, the English Beat, and Bob Weir’s band, Bobby and the Midnites. By the time the Clash came on, it was closing in on dawn.

So enjoy the show, and pass it on to those snot-nosed shits who think they know music, but can’t tell you who Joe Strummer is.