The sweat is pouring off of me even though the air conditioner is humming away right above my head. It’s the end of July and I’m in Southern Illinois. Murphysboro to be exact. I’m sprawled out on my dad’s couch watching MTV. As the videos roll before my entranced eyes, music in the year 1984 is bursting to life. I see U2, R.E.M., Culture Club and the Police. I also see Yes, Billy Ocean, and the Thompson Twins. They all sound great. I close my eyes to really dig on the music. This is what I live for…

A new song comes on that I have never heard. My eyes are still closed. I’m half delirious from the heat. It’s a slow samba beat, followed by a slinky bass, and then…a crush-my-heart wonderful saxophone. Then I hear her voice. 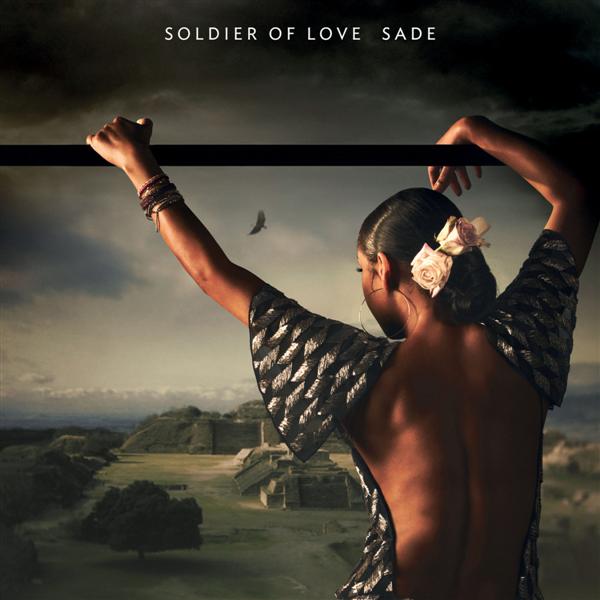 She’s telling the story of a man. A man who is a world traveler who preys upon women – leaving a trail of broken hearts strewn about the earth. The tale is so compelling that even as I am sitting in a small southern town, I feel as though I am “coast to coast L.A. to Chicago” and “across the north and south to Key Largo.”

I am a world traveler now and am bearing witness to these tragic, passion-soaked events over a martini and a game of Baccarat. This would be the power of music. It transports your mind, heart, and soul to faraway lands that lie outward and inward. It’s a sacred, holy power that in the hands of woman makes it truly blessed.

In the hands of Sade Adu, it’s a monumental gift.

From the day I first heard the song “Smooth Operator” (nearly 26 years ago) until the present, I have worshiped at the feet of this elegant woman. Her sultry voice with the slight Brit accent overwhelms with each new album release. The first two albums came rather quickly…in 1984 and 1985 respectively. Then we had to start waiting a little bit. Three years for the third (and best) album, Stronger Than Pride; four years for Love Deluxe; six years for Lover’s Rock, and now ten years for Soldier of Love.

None of this matters, of course. I’d wait fifteen or twenty for the next one. They’re all filled with gorgeous music that rains kisses all over me. Each one has the ability to transport and transform a person – a rarity in music of any generation – and something to be embraced immediately. Her backing band (Stuart Matthewman, Paul Spencer Denman, Andrew Hale) have a lot to do with this fact. In addition to setting the scene and preparing us for the journey perfectly on each album, they fill in the long gaps between Sade releases with their own music: the fantastic Sweetback. The song “Mountain” on Sweetback’s second effort, Stage

, should be at the top of the play list for any romantic evening.

Honestly, ten years wait was well worth it considering how Soldier of Love grabs you immediately and just…captivates. The first track, “The Moon and The Sky” begins with a gentle flamenco guitar and then bursts to life with chill out power combined with a nod to the balance we find in the sacred feminine. Put on any chill out track from the last fifteen years, b to the w, and hear how ALL of them owe their muse to the goddess that is Sade Adu. Next up is the title track and I recommend listening to it while mulling the album cover. As a fellow soldier said when looking at the cover, “Her  right hand…”

As the rest of the album unfolds with her usual, cherished themes of faith, devotion, heartbreak, and loss, a new theme reverberates: hope. We hear it first in “Long Hard Road” and then again in “Bring Me Home.” I guess this idea isn’t all that new for her, though. She expressed an abundance of hope in the song “Love is Stronger Than Pride” and, quite honestly, it was more than that.

She told us in that song that is was okay to capitulate to the wonder and terror of love. It was alright to be weak because with that kind of love weakness is actually a strength. This is that love that makes you stronger in all of the other relationships in your life. It’s relentless and it simply can’t be helped. There’s just too much, so it spills out to everyone. This is the power of your beloved. It represents a testament of hope for lovers everywhere that needs to be nourished forever.

I am a Soldier of Love… are you?