There are certain bands out there that have made such a profound impression on me at some point in my life that I will be following (and supporting) anything they do for the rest of their career – or my life – whichever comes first. Marah is one of those bands. 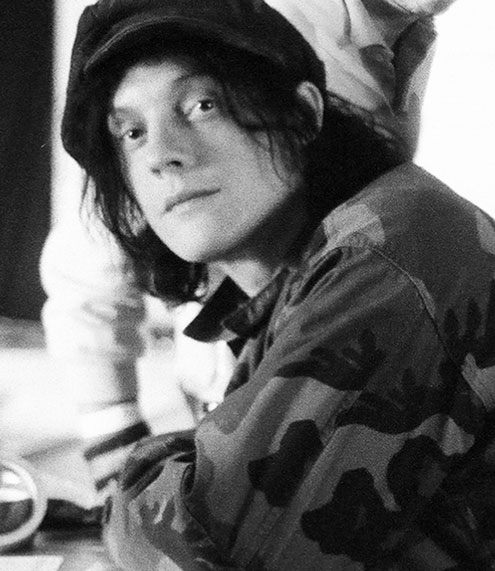 Ten years ago, when I first watched front man David Bielanko strap on a banjo and launch into “Faraway You” (opening for Steve Earle at Hollywood’s House of Blues),  I was drawn in by his sheer intensity – his fire, his sweat and his spit. This is someone who is a conduit for music. It’s not so much Dave playing music as it is the music playing Dave.

Well, somehow the calendar has flipped to 2010, and although the band has cycled through a few lineup changes here and there over the years – including the departure (or paternity leave?) of Dave’s brother Serge – Marah is on the verge of releasing their seventh studio album, Life Is A Problem, on June 22nd.

Still fronted by Dave, and now featuring keyboardist/vocalist Christine Smith (Dave’s girlfriend I think), Johnny Pisano (bass) and Martin Lynds (drums), the band debuted a track from the record on Stereogum last week. The song, “Valley Farm Song”, has a great feel – sort of a Magical Mystery Tour psychedelia feel, rooted in a folksy place. It feels like a return to form, in a sense, to the great first two Marah albums – Let’s Cut the Crap and Hook Up Later on Tonight

and Kids in Philly

As long as Dave Bielanko is fronting the band, Marah will always be worth staying tuned to, and certainly seeing live. Check out the track here. If you want it for keeps, Stereogum has it available for download.

Check out Marah’s web site. Pre-order info for the album will be coming soon.

"I Should Have Known It" - Petty, Campbell and the boys unleash