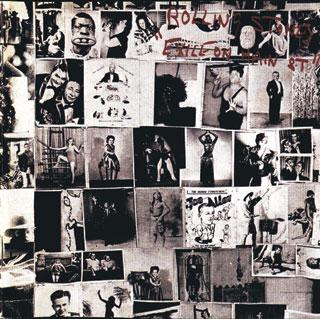 Hats off to Keith Urban for offering up a killer version of “Tumbling Dice” on Late Night with Jimmy Fallon’s Rolling Stones week. You’ve undoubtedly noticed through some media outlet that the classic 1973 Stones album Exile on Main Street will be reissued this coming Tuesday (May 18th). I’ll be in line for the Deluxe Version.

This week on Jimmy Fallon has been a treat for Stones fans. Monday, Green Day performed “Rip This Joint”. Tuesday was Urban. Wednesday was Sheryl Crow’s version of “All Down the Line” (with Doyle Bramhall, Chuck Leavell and the Roots), which I thought she dulled down a bit. No animation. I mean come on, this is ALL DOWN THE LINE you’re performing Sheryl! Shake it a little…

Tonight, to wrap it up, Phish will take the stage – likely for “Loving Cup”, which they’ve played regularly through the years.

But I really want to highlight this Keith Urban version (also with Chuck Leavell on keys). I’ve only seen Keith here and there on TV, awards shows, etc., and I’ve never been unimpressed. But he just moved up a few notches in my book for taking on this great song – and doing it serious justice.

"I Should Have Known It" - Petty, Campbell and the boys unleash