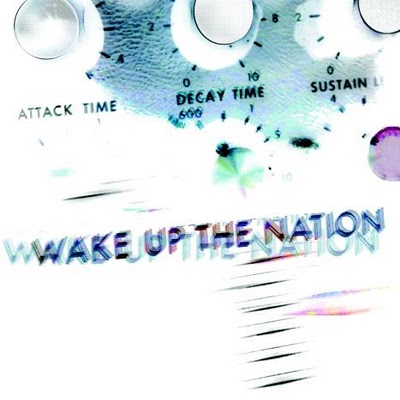 It’s always a treat when Paul Weller releases a new record. Being second only to John Lennon in my eyes, Weller epitomizes my love for Brit Rock. Through his years in The Jam, The Style Council, and now his solo career he has always managed to astound me with his most excellent tunage. Now we can add “completely blows me away ” to the list of reactions. Wake Up The Nation

is Weller’s finest solo CD next to his self-titled debut. It’s that good and you need to own it.

When I first heard the single “No Tears To Cry”, I was wondering if I had bought the wrong disc. The voice coming out of my speakers sounded like a mid-60s Stax singer – full of wonderful soul and deep beauty. It was, in fact, Mr. Weller. A week later I bought the full length and was astounded by it’s diversity. I’m not really sure how to describe this album but here’s a shot.

Imagine if it were possible for Pet Sounds to make love to Low and the resulting offspring was the Superfly soundtrack. That’s the best way to illustrate the dynamism of this record. We hear the direct influence of all three of these records and much more all over the 16 track disc.

The treat of the record (and my favorite track) is “Fast Car/Slow Traffic” which features former Jam partner in crime, Bruce Foxton on bass and backing vocals. It sounds like a Jam song that easily could have been featured on a never-going-to-happen-in-a-million years reunion album. “Trees” is just flat out bizarre in a very wonderful way. “7 & 3 is the Striker’s Name” is another gem with a musical style that, as one insider on the making of the album describes, “Stockhausen meets the Small Faces.” “Aim High” straps us all in for a trip back to the early 70’s and could easily be the theme song to an urban cop film. I can see the moustaches and hear the talk of the man keeping us all down.

“I wasn’t even thinking of making another record,” Weller remarks in the liner notes. In my opinion, that’s usually when the best ones are made. The new Weller disc was just released stateside and, as always, I’m hoping that our nation is somehow woken up to the God like genius of the Modfather.

Stream the whole album on its Yep Roc page.