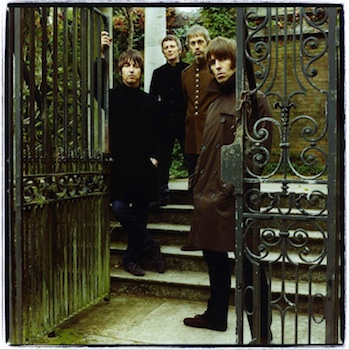 When I first heard that Liam Gallagher was forming his own band after the acrimonious split with his brother Noel, I simply thought the new group would be a little above average. I winced when I heard the name of the band figuring that Liam must’ve spent one too many nights ’round the pub.

His own songwriting within Oasis had blossomed, though, over the last couple of albums, turning out some really amazing songs (“Born on A Different Cloud”, “I’m Outta Time”) which, I know, sound a lot like John Lennon but so what? They are fucking good tunes, man. 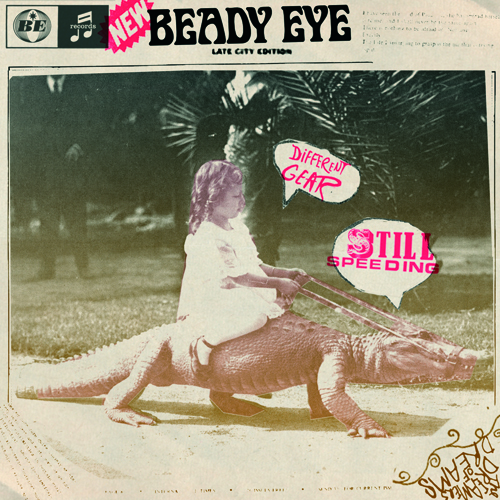 Taking all this into account, I still kept my hopes in check.  When I heard that the group would be comprised of the remaining Oasis members (Gem Archer, Andy Bell, Chris Sharrock), I still tried to tell myself that it would be just alright. After all, I’m such a geek for Brit rock that I felt that I at least had to try to be a little more discerning.Yet the thought of it basically being a super group with Bell (who was the center of a great Brit rock band of the 90s, Ride) and Sharrock (drummer for The La’s) did, I admit, raise my expectations a tiny amount.

So, when the debut album from Beady Eye was finally released, even though I was making every effort to be level headed, I couldn’t help myself. I freaked out at how amazing it was right from the start and it’s totally not my fault. Because, folks, the album not only exceeded my expectations but is a complete curve ball. Why?

It’s essentially a potpourri of everything that’s great about rock and roll: Heavy (“Four Letter Word”), Psychedelic and Beatle-y (“Millionaire”), John Lennonesque (“The Roller”, “The Beat Goes On”), Mod (“Beatles and Stones”), 70s Dripped Haze (“Wind Up Dream”), 50s Ballin’ (“Bring The Light”), Tiger Beat Love (“For Anyone”), Noel Like-yes Noel Like! (“Kill For A Dream”), AOR Borscht Belt Grist (“Standing on the Edge of the Noise”), The Upbeat Ballad (“Wigwam”), Pop Star Angst (“Three Ring Circus”), and the Reflective Show Closer (“The Morning Son”)…all wrapped up in one wonderful gift of an album.

Who would’ve thought that baby brother would turn out such a tome to the gods of music? It’s sitting on top of my CD player right now next to the deluxe edition of Are You Experienced and, y’know, it fits in perfectly. I guess I shouldn’t be surprised considering he does come from the Holy Land.