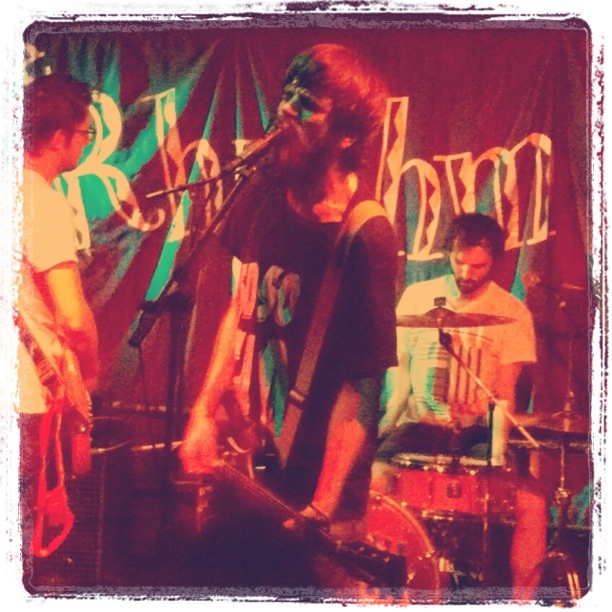 It was a modest but passionate crowd that showed up at the Rhythm Room Monday night for New Jersey’s Titus Andronicus. The passion manifested itself early, as the group launched into “No Future Part Three: Escape From No Future”. When the drums kicked in, the crowd near the front of the stage erupted in a mosh frenzy, knocking around and into us, and making it clear this was gonna be a high energy show.

Frontman Patrick Stickles commented often on the positive punk vibe, and he and his band did not let up for the next – I don’t know – 90 minutes? This was one of those shows where i was completely swallowed up in the spirit and energy, and didn’t check the clock – not even once. The music was explosive, angry, beautiful, and intense from start to finish. I was blown away.

The songs came primarily from their two studio releases – songs like “Four Score and Seven”, “Fear and Loathing in Mahwah, NJ”, “To Old Friends and New”, “The Battle of Hampton Roads” (a favorite), and of course “A More Perfect Union”. But they threw in a couple of punk covers: most notably “Racism Sucks”, a 7 Seconds song that was clearly directed at my state’s government – and rightly so. The second cover was UK punk band Sham 69’s “If the Kids Are United”, which they played for the encore . 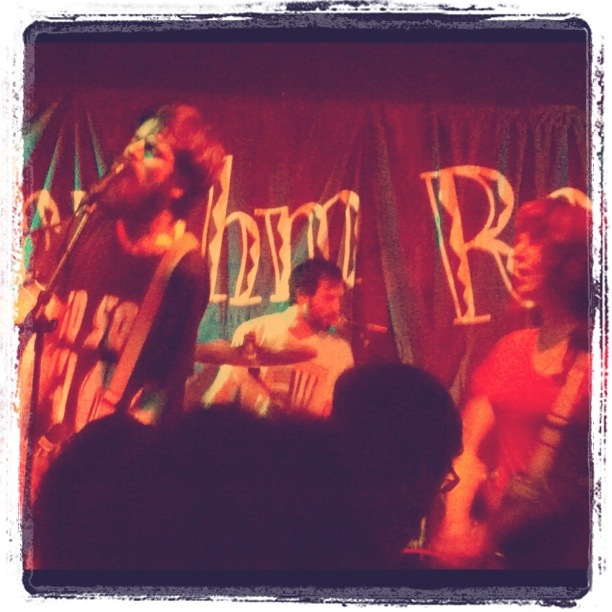 Mucho props to guitarist/violinist Amy Klein, who is one of the rockin-est (for lack of a better term) female guitarists I’ve ever seen live. She adds a great dynamic to the band, and rocks out fiercely with her male bandmates. She made it a point to tell the crowd it was her favorite show of the tour so far. She had one hell of a cheering section in front of her… a lot of fun to see the give and take.

Titus Andronicus is live force right now. Yeah, they only have two studio albums to their name, and their band lineup is even more recent, together for just over a year. But as new as they are, they have something very cohesive and powerful. And that Patrick Stickles – the bearded, spirited front man with his primal growl… He’s laying it all out there – he’s hungry for it, and you can tell.

In the summer of 2000, I saw Philly band Marah play a small, sweat soaked club in Tempe. They were also touring behind their second album, and I came away completely transformed – just jaw-droppingly floored by their energy and their ability to take control of a room.

I had the same feeling last night when I walked out of the Rhythm Room. I made a beeline to the back door to shake Patrick’s hand and thank him for the show. Nights like this are few and far between…