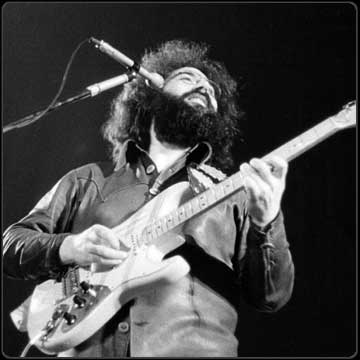 It’s been a long time since I’ve hosted a contest and it’s been way too long since I’ve featured the good old Grateful Dead. And wow, do I have a cool bundle of swag to give away this time around.

Earlier this month, Rhino released Europe ’72: Vol. 2, a follow up to the almost 40 year old Europe ’72, which captures one of the Dead’s most legendary tours (not to mention Ron “Pigpen” McKernan’s very last tour). There was a lot of great music from the tour still hanging around in the vaults all these years, and lucky for the us, Dead archivist David Lemieux got his hands on them, and gathered 20 songs for Vol. 2.

The result is a collection of twenty tunes from the 22-show tour, ranging from “Bertha”, “Next Time You See Me”, and “Greatest Story Ever Told” to the always epic “Dark Star” > Drums > “The Other One” from the May ’72 Bickershaw Festival in Wigan, UK (outside Manchester). Plus a whole bunch of other Dead classics from different stops along that European road (the track list is down below).

So, let’s get to the goods. Yes, I’ve got this great new release for one lucky winner. But – how do they say it? – that’s not all!!

To the victor goes the spoils, which are:

I’m telling you, I’m envious of whoever gets this. It’s sitting here staring me in the face, begging to be ripped open and explored. Buuut I’ll be good and pass it on to one of you fine people.

It couldn’t be easier to enter – just leave a comment below, and after a week, I’ll select a winner. If you’ve seen the Dead, I’d be interested to know, what was your one favorite show or your one cherished memory? If you didn’t catch them before Jerry’s untimely passing in 1995, just go with stream of consciousness… favorite song/show? Era? Does Donna Godchaux’s backing vocal stylings from their 70’s shows make your skin crawl, or does it do something for you? (Sorry Donna, for me, it’s the former.)

I’ll pick a winner and notify him or her by email on Friday, October 7th. Make sure to leave your email address in the field below. It’s not shared with the masses, I just need a way to get in touch (once). This giveaway is open to anyone in the US or Canada.

Here are a couple from the new Vol. 2 collection…