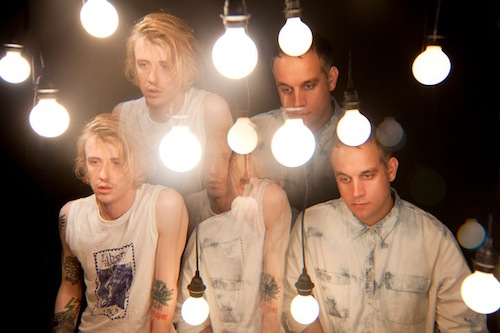 God, have I fallen hard for this band. There’s some sort of musical synergy that I share with Girls singer/songwriter Christopher Owens. The three Girls albums (2 full lengths and an EP) are played regularly, and every listen is more and more of an enriching and fulfilling experience. I connect so deeply with his melodies, his lyrics, the soft touches, every nuance of his voice, and pretty much every element he crafts into his songs.

Case in point, the journey of “Carolina” from Broken Dreams Club, their stellar 2010 EP. It’s broken up into three separate parts: first, a calm, quiet into with guitars (pedal steel and electric) and some other-worldly effects; then the drums gradually build and launch into the second part – a driving, trance-inducing rhythm where the first lyrics come in…

And finally, an unexpected transition to one of the sweetest, most beautiful melodies you’ll ever hear, where Chris breaks out his familiar falsetto and these lovesick, heart-wrenching words:

“I’m going to pick you up baby, throw you over my shoulder
Take you away, I’m going to carry you home
To Carolina, Carolina
Away to southern Carolina
And then I’ll never let you go.”

It’s classic build and release – so, so satisfying.