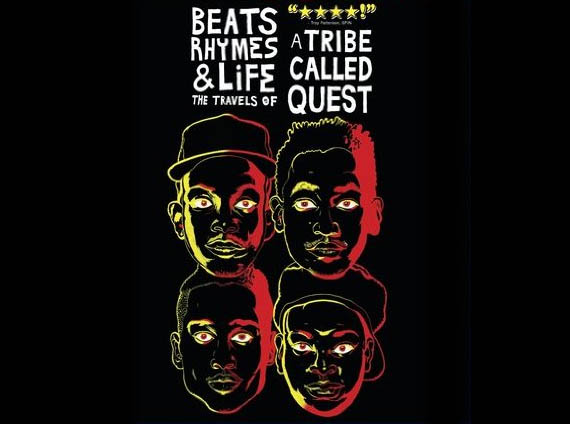 I just finished watching the Michael Rapaport-directed Beats, Rhymes & Life: The Travels of a Tribe Called Quest. Like a lot of folks around my age (early 40’s – same age as Rapaport & the Tribe), I spent a lot of quality time back in the day with A Tribe Called Quest. In my case, it was the first two albums that really resonated with me – particularly 1991’s The Low End Theory. Songs like “Excursions”,  “Can I Kick It”, and “Rhythm (Devoted to the Art of Moving Butts)” helped provide a soundtrack for my late college years in Colorado. I have great memories of driving through the mountains from Colorado Springs to Telluride bumpin’ those Tribe beats (in my beat up ’85 Jeep Cherokee).

By the time Midnight Marauders was released in late 1993, I was distracted with other genres and busy being young and irresponsible. Other than “Award Tour”, I’m ashamed to say I didn’t hear the full album until the new millennium. Forget about the last two Tribe records – Beats Rhymes & Life and Love Movement – I’m just getting around to ’em now.

So the documentary was fantastic, a real learning experience for me, someone who loved those early records but checked out of the scene in the early 90’s.

Other than the music, it’s the love/hate dynamic between childhood buds Q-Tip and Phife Dawg that is the central theme of the doc. Phife has struggled with Type 1 Diabetes throughout his adult life, even undergoing a kidney transplant a few years ago (a donation from his wife). What the film suggests is that Q-Tip hasn’t really been there for his pal during these struggles. Tip’s focus has always been on the music. When the time came in 1998 that he didn’t see a future for the group, Tip disbanded the group and embarked on a successful solo career.

Since then, A Tribe Called Quest haven’t released any albums, but have reformed for live performances on occasion (for the money, they’re not ashamed to admit). The film covers a couple of these live gigs over the past several years, and there’s plenty of drama still alive and well among the group to make it all the more compelling.

I recommend this film for music lovers anywhere – whether you’re a hip-hop head or not. But if you dug those early Native Tongues albums – Tribe, De La Soul, Jungle Brothers and such – you will especially enjoy this.