I’ve been as quiet here on Ickmusic as I ever have during its eight year run.  Worry not, nothing (outside of my family) has taken a back seat to music in my life. It still fuels everything I do. But there has been a definite lull in my desire to sit down and type out regular blog posts. I know it tears you up inside (whoever “you” may be).

But it’s okay, Ickmusic.com is still here when I need it. Like today, for instance, when I feel like sharing my music highlights from the year Twenty-Twelve.

Here are some of the albums, songs and live shows that enriched my world in 2012… 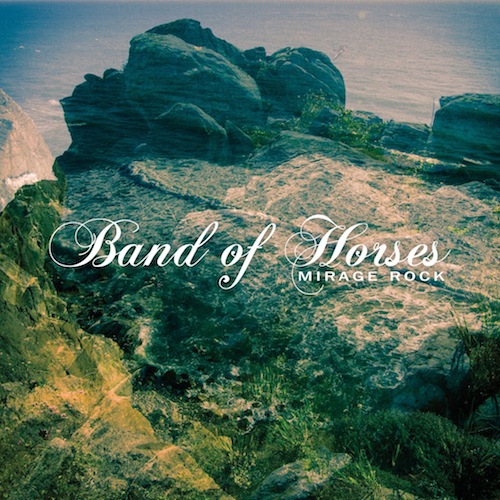 Fans and critics who were praying for another Everything All The Time or Cease to Begin cried foul when Mirage Rock was released this year. Me? I ate it right up. The album, produced by legendary classic rock engineer/producer Glyn Johns (The Who, The Stones, to name a couple) definitely steers heavily into 70’s classic rock and even soft rock category. I am just fine with that. In fact, the wistfully sweet “Long Vows” and “Slow Cruel Hands of Time” are two of my favorites. But the boys sure crank it up with tunes like “Dumpster World”, “Knock Knock”, and the early 70’s Stones-ish “Electric Music.” Yep, I’m all in on this record. Oh, and if you’re looking for beauty, track down “Relly’s Dream” from the Sonic Ranch Sessions bonus disc on their deluxe edition

. I spun this album start to finish more than any other release this year.

Thanks to Zia Records, the top independent record store here in Phoenix, I won a pair of tickets to see Karl Wallinger and his band World Party. As a big fan especially of the Goodbye Jumbo

album, it was a rare honor to see Karl play an intimate venue like the Crescent Ballroom in downtown Phoenix (my #1 room in town). After a serious health scare in the early 2000’s (a brain aneurysm), Karl’s voice is as pure and dynamic as you’d hope for. Along with his sharp young Nashville bandmates, he tore through WP classics like “Is It Like Today”, “Ship of Fools”, “Way Down Now” and (my favorite) “Put The Message In The Box”; and also sat down at the keys for “She’s The One” and “God On My Side.” This gig far exceeded my expectations (I didn’t know what to expect, really), and I sincerely hope Karl continues on with making music and touring. I can’t wait to see him again.

Here’s a video I shot of Karl and violin/mandolin/harmony vocalist extraordinaire David Duffy singing “Mystery Girl” (bump up the quality to 720p or 1080p):

I’d seen Band of Horses a couple of times before, but only in a festival setting (Austin City Limits). This first true headlining show came out of the cancelled Railroad Revival Tour with Willie Nelson. Ben Bridwell and the boys set up at Tempe’s Marquee Theater in late October and tore the roof off the dump. Drawing from all four of their studio albums with a couple covers thrown in (Them Two and Hour Glass, nice & obscure!), the songs were rambunctious, mellow, inspiring, wistful, beautiful, rocking… all the adjectives that reminded me (and the full house) why we love them so much. Not to mention getting to chat for a while with Ben after the show. The dude abides.

Give me the cool, gravelly roots/folk/country rockin’ twang of Ryan Bingham any day of week. Tomorrowland is a return to the more straight-ahead rockers that seemed to be missing on his last album, the T-Bone Burnett produced ‘Junky Star

.’ He wastes no time on Tomorrowland’s opener, launching into “Beg for Broken Legs” with urgency and force. “Guess Who’s Knockin” is another strong one, featuring a satisfying F-bomb chorus. “Never Ending Show”, “Flower Bomb”, “The Road I’m On” – all standout tracks. If you haven’t checked out Tomorrowland (or Ryan Bingham) yet, you’re missing out. Just do it.

I took a couple of Bruce first timers a few hours early to go through the wristband lottery to try and get up near the front of the stage (“in the pit”, as they say). Sadly, our numbers were not of the lucky variety, and we were shut out. So we ended up behind the pit right next to the sound booth. The disappointment was very quickly washed away with Bruce’s first strum of the acoustic for the opener “Surprise, Surprise.” The first 30 minutes was a showcase of career nuggets: “No Surrender”, “I’m a Rocker”, “Hungry Heart”, “Prove It All Night”, “Trapped”, and “Lost in the Flood” – and all those before launching into the new Wrecking Ball material! Three plus hours from a tireless 63 year old and his very large troupe of supporting members – the E Street Band and then some. My eighteenth live Bruce experience, and yet another reminder why The Boss sits on the top of the pile in my world.

Who would’ve thought I was seeing Girls the band in one of their final performances? For not long after, frontman, songwriter, and singer Christopher Owens announced on Twitter that the band was done. He’s moving on in another musical direction (his debut solo album, Lysandre, comes out in just a couple weeks). So I am fortunate to have seen Christopher and the band play songs I’ve come to absolutely love since discovering them a couple of years ago: “Laura”, “Alex”, “Honey Bunny”, “Love Like a River”, “Die”…

Something about Christopher’s music draws me in – the beauty and innocence, the light in the darkness – and I’ll basically be following him around for however long he decides to make music. A great show – short, but sweet.

A 27 minute album opener with the lyrics “I wanna get a hip-hop haircut”? Check. Something about this record, particularly the longer running tunes (“Driftin’ Back”, “Ramada Inn”, “Walk Like a Giant”), really grabbed hold of me. It’s the loud, distorted (and long) guitar solos, it’s the way Neil sneers his way through the lyrics… It’s the unconventional and F-you attitude of it all. Everything Mr. Neil Young represents.

Rock Star. Completely and indisputably. It’s fun to sit back and watch a performer just turn on all the glamor, glitz, and poses of a Rock Star. Lenny has perfected this persona over his 20+ years of performing. He’s got a quite the catalog to choose from, and watching him perform the hits (“Are You Gonna Go My Way” being my favorite) as well as tunes from his surprisingly strong latest album, ‘Black and White America

‘, had us out of our seats the entire gig. Lenny has always been and remains a total badass. Such an entertaining show.

This is my favorite Bruce tune in years. I thought about including the whole ‘Wrecking Ball

‘ on the “list”, but that wouldn’t be an honest assessment. While I enjoy Bruce’s Great Recession album from earlier this year, I just haven’t connected too much with the songs (of course, hearing them live is a whole ‘nother ball of wax – see above for my December 6th Bruce show). “Jack of All Trades” though, wow. A slow, dirge-like bass drum and piano start off the song. It builds and builds with each verse and ends with a forceful guitar solo from Tom Morello. The theme of strength, perseverance and optimism in the face of adversity is a common one in Bruce’s music, but he really connects with this tune in a goosebumps and tears kind of way.

Matt Vasquez and company continue to evolve, refusing to stay pigeonholed the way some fans prefer (see Mirage Rock comments). “California” was the lead single and the most obvious stray from their former indie/folk sound – a more electronic modern pop sound. But they still rock out – “Money Saves” is one of my favorites, as are “Tear It Up” and “Tellin’ the Mind.” Nothing matches my three standout tracks from their last album, ‘History From Below

‘ – “911”, “Bushwick Blues” and “Salt in the Wound” – but that’s not a knock on this record. I love a band that explores new territory and challenges themselves to try something new – Delta Spirit is a band I’ll be following for years to come.

It wasn’t until about midway though the year that I reconnected with Canadian singer/songwriter Fred Eaglesmith. I listened to him in the late 90’s and early 00’s, but for some reason, I seemed to veer away. ‘6 Volts’ was released in January, and quickly reminded me what drew me to Fred: clever songwriting and storytelling, and great folk/root-rock sounds and rhythms. ‘”Betty” is a standout track from 6 Volts, with Fred conjuring up dark imagery on as cheerful a melody and cadence as possible: “Betty what’d you do with the gun? There’s strangers at my door / and there’s more where they come from / …was it the money, was it the drugs / was it somebody that you used to know / …Betty Betty why won’t you tell me”.

Straight out of Duluth, Minnesota, I became aware of Trampled by Turtles when I saw them at the 2011 Newport Folk Festival. I’ve seen categorizations bandied about in the past for this band, like “newgrass” and “speedgrass”… but with this year’s release, people will have to search for new adjectives. They jump into more rootsy, Americana-inspired territory here, bringing the tempo down with some great tunes like “Midnight on the Interstate”, “Alone”, “Widower’s Heart” and “Beautiful.” Of course, they haven’t abandoned their bluegrass roots, their banjo and fiddle players remain. So if you want your speed fix, listen to “Don’t Look Down” or “Walt Whitman.”