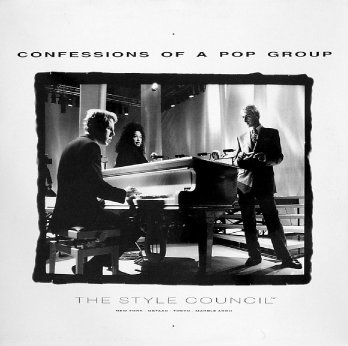 It’s obvious I’ve been on sort of a live music kick lately, so why not some more? I first heard about The Style Council the way a lot of people discover music: an older sibling. My brother Steve was a big fan of theirs way back when, and truth be told, I never gave the SC much of a chance. But I did like their sound. I like-a-tha soul, and these boys had the soul. White boy soul, but soul nonetheless.

The Style Council was formed in 1983 by guitarist and vocalist Paul Weller. Weller belonged to one of the great British bands to rise out of the mid-70’s punk revolution: The Jam. Not satisfied with the direction the band was going, and in need of more soul, R&B and jazz influence, he joined up with keyboardist Mick Talbot to form the Style Council (much to the chagrin of Jam fans).

So I got a hold of a live recording from their heyday, 1984 (the year I got soul / r&b / funk crazy when I discovered Prince). I thought I’d post half of the show, and post the other half in a few days if the interest is there. I also will be checking out a 1980 Jam show I came across. But for now, Ladies and gentlemen, the Style Council….