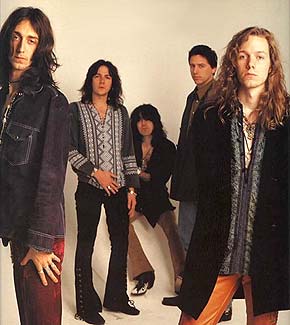 It’s high time for another Ickmusic giveaway! Yow!! The promotional gods have bequeathed upon me some cool goodies. Rhino has struck again with 2 cool Black Crowes releases. Here’s a snippet from the press release:

LOS ANGELES – Twice The Black Crowes have recorded albums that were never officially released: Tall in 1993 and Band in 1997. While a few songs from these lost albums were rerecorded and released on studio albums, many have emerged only through the band’s legendary live shows. The Black Crowes recently went into the vault, collecting the best moments from those abandoned sessions for a special treat for their longtime fans. Titled THE LOST CROWES, it is a two-disc set of unreleased music that has been remixed for its public debut on Rhino….

The Black Crowes released its first home video, WHO KILLED THAT BIRD OUT ON YOUR WINDOW SILL, in 1992 while touring for the band’s sophomore album. Rhino Home Video will release a remastered and expanded version of the video on DVD that features live performances, interviews, backstage and studio footage, videos from the group’s first two albums, and additional bonus features. [read the full Press Release doc] 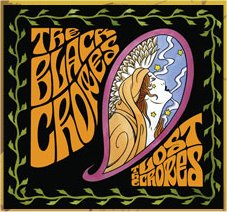 You can check out this Crowes eCard to listen to some tracks off the CD’s, check out the track listing, and buy the CD and/or the DVD. The handful of tracks I’ve heard (“A Conspiracy”, “p.25 London”) make me not want to give away the CD, but give it away I will!

Ah, but there is a caveat. You must work for your winnings. Here’s the question to ponder: Chris Robinson, lead singer of the Crowes, recently broke it off with actress Kate Hudson after several years of marriage. The rumor mill has it that she got a little too friendly with actor Owen Wilson on the set of their latest movie. So the scenario is this… it’s a late Saturday night in a smoky L.A. bar, and Owen is wrapping up a game of pool. In walks Chris, who shuffles up to the bar, orders a shot of whiskey and a bottle of beer. He sees Owen across the bar and starts to amble over. Lo and behold, Owen’s playing pool with Kurt Russell, Chris’s former daddy in law. 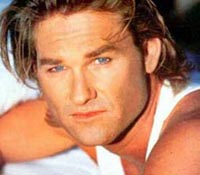 Words are exchanged, and before you know it, Russell and Wilson jump Chris like two vicious street hoods. Slash (formerly of Guns n Roses) sees what’s happening, and jumps in to help Chris.

Oh, it’s on now. Chris Robinson and Slash are squaring off in a barroom brawl with Owen Wilson and Kurt Russell. Magic question: who wins the fight? Leave a comment below. Any details, like instruments used, special kung-fu moves, etc. are welcome. My favorite will win the CD, DVD, and collector’s edition Black Crowes matchbox. 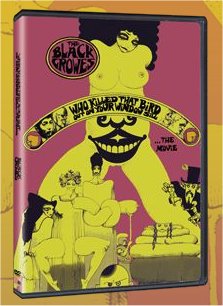 Buy the CD, The Lost Crowes

Buy the DVD, Who Killed That Bird Out On Your Window Sill

Bruce's Love of the Common People