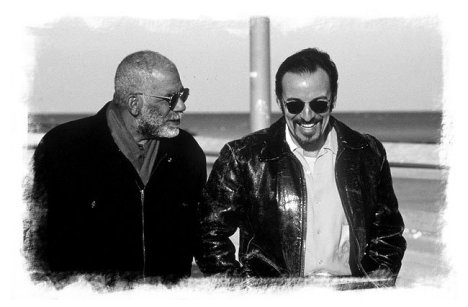 You don’t know what ya got til’ it’s gone… Why does it take the death of someone to make you truly appreciate the things they stood for, and the many amazing things they accomplished? It’s human nature I guess. But the world lost another one last week with the passing of Ed Bradley.

I’m not sure how 60 Minutes stands with the younger generation today. I believe it’s still one of the highest rated programs around. But reliance on quality TV news programs, network news, not to mention newspapers (which I still read every day), seems to be waning considerably with the onslaught of information available over the internet, and other pastimes that serve to siphon interest away from current events and the world at large (video games, horrid television programs, MySpace). Sure, Iraq is of great concern to Americans, but could 7 out of 10 people show it to you on a world map in less than 5 seconds? I guess I have a pessimistic view of the how Americans see the world. Ignorance is not bliss, it’s downright depressing.

I watch 60 Minutes from time to time. The highlight for me was watching Ed Bradley’s pieces. he came across not only as intelligent, engaging, and tough, but warm and disarming.

Ed Bradley was born in Philadelphia, Pennsylvania in June of 1941. After graduating from Cheyney State College in 1964, he was a school teacher for a while, and worked part time at a Philly radio station WDAS. He was always a big jazz fan, and his experience at WDAS strengthened and expanded his love of jazz.

”My tastes at that time, I guess this would be 1964-65, reflected where I was. I was 24, 25 years old. I was into Miles Davis, John Coltrane, Yusef Lateef, Horace Silver, Mal Waldron, younger, hipper guys. When I became a disc jockey, I would get phone calls. Listeners would call up and say, ‘Hey. How come you don’t play Count Basie?’ Well, Count Basie wasn’t happening for me, but because I would get people who would ask for it, Count Basie or Duke Ellington, I would say, ‘Let me see what we have here on Count Basie. Wow, he has a lot of albums.’ And then Duke Ellington. ‘Whoa, man. Does he have a lot of albums! Let me play some of these and see what I hear in them.’”

The album that originally turned Bradley on to jazz was Erroll Garner’s 1955 landmark live album, Concert by the Sea. The song in particular was “Teach Me Tonight”.

“For me, it was my Rosetta stone. Because I never got jazz. It was something the generation ahead of me listened to. It wasn’t my music. I didn’t understand it. Then all of a sudden I heard Concert by the Sea. Particularly “Teach Me Tonight.” All of sudden it made sense to me.” He was 15 at the time and remained a fan.

Bradley’s reporting career came to be during the Philadelphia riots of the 60’s. Before he knew it, he was covering the conflicts in Vietnam and Cambodia in the early 70’s as a reporter for CBS News (he was also injured by mortar fire in Cambodia). In 1981, he joined 60 Minutes, where he went on to win 19 Emmy Awards for his reporting.

In his time away from work, Bradley spent time at his home in Woody Creek, just outside of Aspen, Colorado. He was a friend of Hunter S. Thompson, and apparently was the only person that Hunter allowed to speak during Sunday’s televised football games at Owl Farm (Thompson’s home).

The photo above was taken during Bradley’s 60 Minutes piece on Bruce Springsteen in January of 1996. I thought I’d tie everything together this Veteran’s Day weekend with a Bruce song about the brotherhood (and struggles) of our veterans.

Note: 60 Minutes is dedicating the entire program tonight (Sunday, Nov, 12) to the life and career of Ed Bradley.

The Fearlessness of Fela Kuti