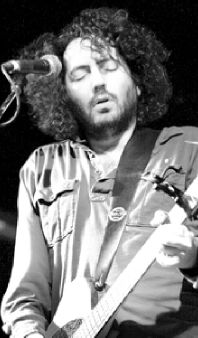 Have any of you checked out Pandora? I first read about it in Time Magazine several months back. It’s a site based on a project called the “Music Genome Project”. You basically start by typing in an artist you want to hear. It plays a tune by that artist, then goes off on its own and finds music it thinks you will like. You give the tunes a thumbs up or thumbs down as you go, and Pandora keeps offering up selections based on what you like. It’s pretty cool to play around with. I punched in The Boss, and it eventually played this Destroyer tune for me.

Destroyer was created as a solo project by Vancouver’s Dan Bejar in the mid-90’s. His releases have garnered many comparisons to early 70’s Bowie. This tune comes from a 2001 release. A nice tune with very interesting lyrics… “No man has ever hung from the rafters of a second home.” And the song is named after a book publisher. U-nique.

Ickmusic in the Big Easy