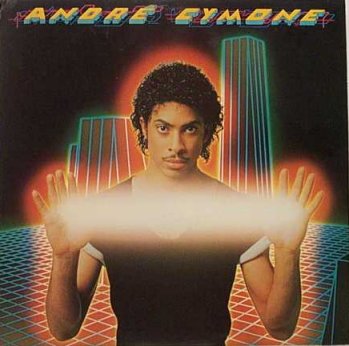 February 2014 Update: The Stone – The Return of Andre Cymone

Andre Cymone, to you non-Prince freaks, was Prince’s childhood buddy and the first bassist in Prince’s touring band (before they were known as the Revolution). He left in 1981 to pursue a solo career, which didn’t pan out the way he probably wanted. He released three solo albums: Livin’ in the New Wave (1982), Survivin’ in the 80’s (1983), and AC (1985). AC contained his biggest hit, “The Dance Electric”, written and produced by Prince.

Andre found later success by producing hit albums for Pebbles, Adam Ant, and Jody Watley (whom he was married to). Over the years, I’ve wondered whatever happened to the guy. I did a YouTube search tonight, and found a treasure trove of live Andre Cymone footage posted by his drummer (John “Bam Bam” Morgan) from his 1984 tour. In one of the comments, he mentions about Andre: “Last I heard, Andre was living in N.Y. trying his hand at some kind of tv or movie scripts.”

All three of his albums are out of print, but I’m sure they’re out there somewhere. I have my three vinyl albums nestled safely in their plastic covers, along with any Prince-related records of that era. Vanity’s ‘Wild Animal’? Got it. So come on people, help me track Andre Cymone down. Enough is enough. The Andre Cymone ‘Ickmusic Interview’ needs to happen!

Andre performed at a North Minneapolis Family Day event on August 27th. Here he is on bass with a band that includes former Revolution drummer Bobby Z.