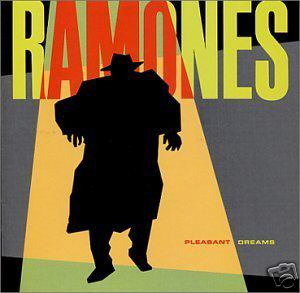 I guess it’s because ‘Pleasant Dreams’ had just been released about the time I discovered them, that it still ranks up there as one of my favorite Ramones albums. I was all of 11 years old when I heard my older brother listening to the Ramones, and soon enough, there I was in front of my mirror with a tennis racket singing “The KKK Took My Baby Away”.

‘Pleasant Dreams’ was produced by Graham Gouldman, a former member of 10cc. It was the Ramones’ 6th album, and probably the most pop oriented up to that point. I’m not sure how it’s judged by the early Ramones purists, but being a fan of good melodic pop / rock, this one remains one of my faves, and I always return to it more frequently than other records. 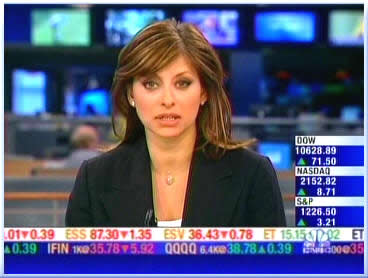 And little did I know that Joey Ramone shared the same tastes in female TV personalities.I used to have a job where CNBC played throughout the day. Maria Bartiromo was a highlight of the workday. Brains & beauty, gotta love her!

I read that in the late 90’s when the dot com startup boom was on, Joey got into day trading. Joey, you had good taste…. RIP.

Joey Ramone: Maria Bartiromo (mp3) – from Don’t Worry About Me

Whatever Happened to Andre Cymone?