Old school Prince die hards like me get a bit nostalgic when thinking back to the Revolution days. There was a certain dynamic and chemistry with the lineup – Prince, Bobby Z. on drums, Matt Fink on synth, Lisa Coleman on keys, Wendy Melvoin on guitar, and Brown Mark on bass – that in my opinion hasn’t been matched since. I don’t doubt for a second that every member of Prince’s band is and has been a talented musician. It’s just that the Revolution lineup seemed right. Totally subjective, I know, and it probably has to do with favoring the lineup that was in place when I discovered Prince’s music.

So the last official gig with this lineup took place on September 9th, 1986 in Yokohama, Japan. It was the last show of the Parade tour. Prince pulled out a B-side rarity (“Love or Money”), a heartfelt version of “Sometimes it Snows in April”, a killer jam on “Anotherloverholenyohead”, a preview of “Hot Thing” during “Head”, and so much more.

All in all, the Revolution played one helluva finale.

What is the Revolution up to these days? 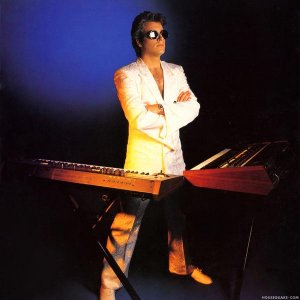 Matt “Dr.” Fink: The Doctor is still in. Matt is active in the Minneapolis music scene, churning out his brand of electro-funk. You can catch up with him on his official site and his MySpace page. 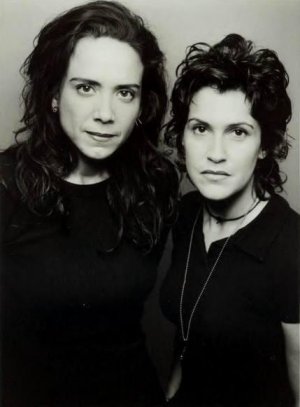 Wendy & Lisa: Wendy & Lisa haven’t slowed down since they parted with the Revolution. They have released several albums, and have played with Prince here and there throughout the years. Just this past weekend at Prince’s 3121 Rio show in Vegas, Wendy and her twin sister Susannah joined Prince for “A Love Bizarre”, and Wendy joined in on acoustic guitar during “Purple Rain”.

You can catch up with Wendy and Lisa’s latest happenings on their official site and their MySpace page. Also, there’s a bunch of W&L stuff on YouTube. Check out this video of Wendy, Lisa, and Susannah singing “Strung Out”. 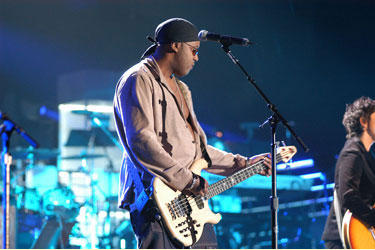 Brown Mark: Mark is still active in the music industry as a member of Cryptic. You can hear their latest on his MySpace page.

Bobby Z: There’s not much info on the web about what Bobby Z. is up to these days. Can anyone provide an update? G.?

Prince: As for the man, you never know with him. He’s been playing weekends at the Rio in Vegas since November, he tore shit up at the Super Bowl in Feb., and a couple of days ago, his web site was updated with a cryptic flash video showing a quick snippet of Prince standing over a globe with the words “Planet Earth” .. . “Summer 2007”. Album? Tour? Live Earth performance? Who knows, maybe all of the above.

He always keeps it interesting.