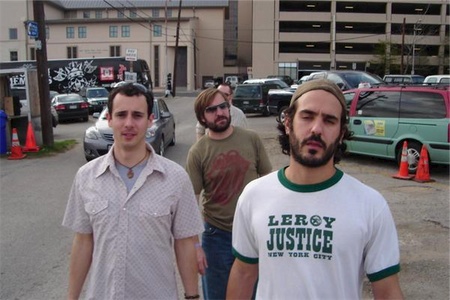 Ya know, I gotta say, this is one of the finer Prince covers I’ve heard. And certainly the best cover of “Purple Rain”. I’ve seen Phish’s cover live, and, as much as I loved the band, I never cared much for the cover, because it seemed to be more of a parody than a heartfelt version of a song they really respected. I mean, the drummer – John Fishman – would play the guitar solo part on a vacuum cleaner. But I guess I’m just a sensitive Prince fan, I dunno. But then again, a lot of Phish’s covers were tongue in cheek.

So a member of my Prince board sent me this cool, twangy, earthy version of the song performed by New York City band Leroy Justice. I don’t know much about them at this point besides the fact that they list Otis Redding, Steve Martin, and John Prine as influences on their MySpace page. For that, they are good in my book.