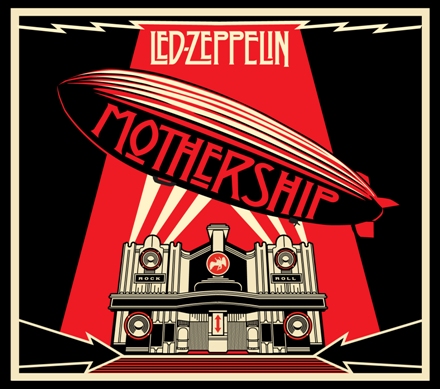 You know, most folks are geeked out over the Van Halen reunion (and being a guitarist who grew up in the 80’s I should be one of them) but I’m more excited to hear what Led Zeppelin sounds like with 20 years between them. What will the set list look like? Will they stick to the versions we all know and love or will they favor some new arrangements? And most importantly, will they play “Stairway To Heaven”? All burning questions…

To coincide with the reunion, Rhino Records will be releasing a 2-disc ‘definitive’ collection with the tracks being personally selected by Jimmy Page, Robert Plant, and John Paul Jones.