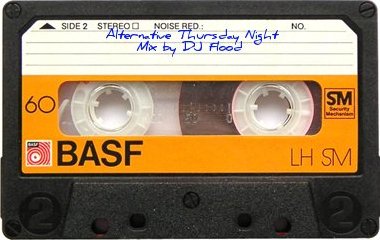 A long time ago, in a galaxy far, far away I spent my evenings working in a tiny little club in a college town somewhere in upstate NY. It was the mid-90’s and while the other establishments in town focused on “Ladies Night” and “All Request Dance Night”, the bar I called ”home” was featuring “Alternative Thursday Night”. Originally helmed by DJ “Mad Man” Ray, I took over a few years later and dubbed myself DJ Flood. (There’s a long story that goes with that name but we’ll save that for another week.)

Pete’s recent trip down Cripple Creek inspired me to revisit the tunes that I used to spin to the masses and I got to thinking that this could be a great opportunity to regale in some short term nostalgia and put together some killer mixes. At the moment my plan is to make this a bi-weekly feature with the prior week’s mix only being available until the next one is released. I’ll keep the mixes to about 30 minutes at a clip but in the end you’ll be able to play the set back to back and get the full experience. Without further adieu, here’s Volume 1: 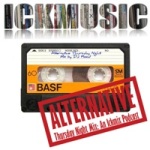 “Something I Can Never Have” by Nine Inch Nails
(from Pretty Hate Machine)
“Under the Gun” by The Sisters of Mercy
(from A Slight Case of Overbombing: Greatest Hits, Volume One)
“Hell Is Round the Corner” by Tricky
(from Maxinquaye)
“Glory Box” by Portishead
(from Dummy)
“Paraffin” by Ruby
(from Salt Peter)
“Condemnation” by Depeche Mode
(from Songs of Faith and Devotion)

When setting up and getting ready for the night I usually would run through two or three tunes to make sure everything sounded right. I was usually coming in the night after “80’s Night” and the previous night’s DJ inevitably left the EQ a mess and I had to make sure that I wasn’t going to blow the system up. There were usually only a few patrons in the place that early and generally it was just staff so I could get away with leaving longer and mellower tracks on and bellying up to the bar for my first round of shots and “Seinfeld”.

“Something I Can Never Have” by Nine Inch Nails was always my opening. There is something about that tune that despite all its tortured measure is quite peaceful and beautiful. Following that are the haunting lyrics behind “Under the Gun” which features the vocals of Terri Nunn formerly of Berlin. For a very long time that was one of my favorite songs and to this day holds a spot in that goth part of my heart. The paring of “Hell Is Round the Corner” and “Glory Box” is a no-brainer as they both borrow heavily from “Ike’s Rap II” by Isaac Hayes. “The Bristol Sound” was coming up and I fully embraced it for all its Trip-Hop goodness. “Paraffin” by Ruby keeps with the Trip-Hop and is probably the only song that I can recall that is about an old man’s ass. Closing volume one is “Condemnation” by Depeche Mode which is, for me, one of their defining songs. The emotion in David Gahan’s voice is nothing short of breathtaking.

So that’s it for Vol. 1, feel free to leave any requests (because a good DJ always takes requests), comments, compliments or complaints below and I’ll meet you all back here in 2 weeks for Vol. 2.