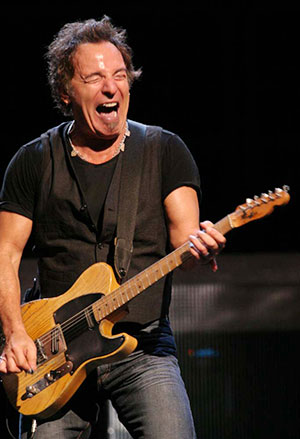 The Boss made his Magic stop through Columbus on Monday night, and the crowd got treated to not one, not two, but three tour premieres:

Something in the Night (mp3, live from the show) – a killer rocker-ballad from Darkness on the Edge of Town. They shorten it up a bit, but no less powerful. The Boss can still belt out the wails in this one: “Waaaaaaaa-aaaaaaa!” Love it.

You’ll Be Comin’ Down (mp3, live from the show) – This is one of my favorites from Magic, and somehow it didn’t see its live debut until this week. Hopefully it becomes a set list staple, and I see it live in Anaheim in 12 days!

Sherry Darling (mp3, live from the show) – From Side1 of The River. Always elicits the party atmosphere

Bob and Tom on the 4th of July (Part Two)