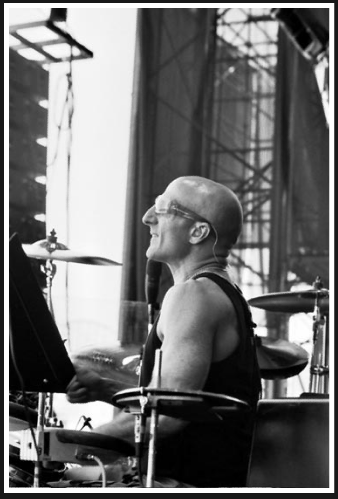 How cool was the Austin airport on Monday? I got to meet two great artists: Band of Horses’ Ben Bridwell and good ol’ Kenny Aronoff – a drummer I’ve admired and enjoyed for years. Most people will know Kenny from his 17 years of backing John Mellencamp, all the way back to 1980’s Nothin’ Matters and What If It Did

. He was in Austin to pound the skins for John Fogerty at ACL (one of my favorite sets of the weekend).

But Kenny has also been one of the most in-demand studio session drummers for a long, long time. The list of artists he’s played for in the studio is staggering. Some of them: Iggy Pop, Carlos Santana, Willie Nelson, Melissa Etheridge, Garth Brooks, Meat Loaf, Cinderella, Richard Thompson, B.B. King, Paul Westerberg, Lyle Lovett, Neil Diamond, Elton John, Bob Dylan, Alice Cooper, and the list goes on and on. See for yourself.

So when I spotted Kenny over near the Salt Lick stand, I had to say something. 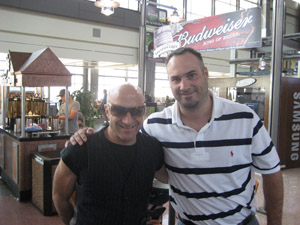 A.A. Bondy and his Lovers' Waltz