As an Arizona resident for the last sixteen years, there are a handful of things I look forward to each year – one is October, when the triple digit heat finally gives up and goes away for eight months or so. Another is Spring Training baseball – AZ is home to the Cactus League, where 14 major league teams come to train. Quickly inching its way up the list is the McDowell Mountain Music Festival, two April days of fun in the sun, great music, cold beer, and tasty food – all in my backyard, up in north Scottsdale at the Westworld grounds. I know it’s four and a half months away, but hey, I get excited, okay? 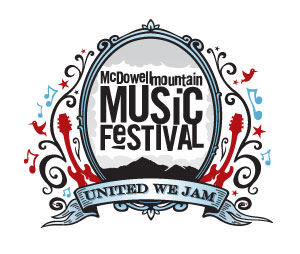 The festy launched a slick new web site today, with some lineup announcements, including Michael Franti & Spearhead as the Friday headliner. The Saturday headliner is yet to be announced, as are a few other slots on the bill. But so far, McDowell has a handful of national acts booked: Railroad Earth, Hot Tuna, New Riders of the Purple Sage, Assembly of Dust, and Young Dubliners.

The two headliners for Saturday are still pending, so I’m expecting that it’ll be worth the wait (I threw in my 2 cents, recommending Band of Horses). It shares the weekend with the first weekend of New Orleans Jazz Fest, which swallows up scores of talent, but I’ll have faith! So far, this year’s lineup hasn’t knocked my socks off, but I find that I always end up enjoying every set regardless – something about Arizona, April, beer, and music.

If you’re in the southwest, come on down… McDowell is still small enough that you won’t get swallowed up in a crowd, the people are great, it’s very well organized, and you may even bump into me as I stumble out of my rented RV! YoW!