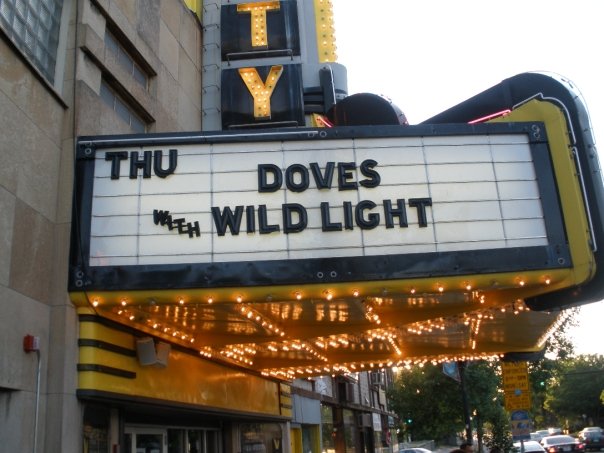 “Hey, George, where are you? You should be here man.”

I didn’t think it was possible after seeing Friendly Fires, White Lies, Travis, Franz Ferdinand, Bloc Party, and Keane (my Brit Rock Love tour) for my musical taint to be more stimulated. I should’ve known better….it was Doves.

Four years ago, almost to the day, I went to the Vic Theater in Chicago with my friends George and Annette. George I had known for 26 years and Annette for just under one year. It didn’t really matter how long I knew them because it was the first time in a long time that I was seeing a show with two people who LOVED music…who felt its power in every fiber of their being…who knew, like I always have, that music is the daily (hourly) healing elixir for the soul. And it was in Chicago…a town whose tendrils latched onto me in a wonderful and parasitic way long ago. We were ready to soak in the aural salve that is the eternal bandage to all people. And we really fucking did that evening because…it was Doves.

I look back on that night now and realize in hindsight how significant it was for me. It was the genesis of a journey on a path filled with heart. Had I not gone down that path, I would not be the person I am today. And I thank God every day for each minute, hour, day, week and month of the past four year’s quest. It’s  forged me into the man I am today and, in the best possible way, it’s still not over.

As with any bit of travel, be it physical, mental, emotional or spiritual (and in this special case, it was all four), the music you hear at that defining moment…the alpha, if you will…is to be fucking cherished. Doves were the soundtrack to that journey. This band is very, very close to my heart because they have been the underlying and terribly gorgeous hum ever since that moment four years ago.

So, I had my doubts that I could top that night back in Chicago. George was supposed to come up but couldn’t due to a conflict. Annette is living her life in Chicago.  I thought of how much I missed both of them and wished they could be drinking up the magic musical potion with me. I have to admit that the melancholy for my friends was taking its toll on me as I walked up to the Varsity Theater in the Dinkytown area of Minneapolis. Dinkytown is a four square block commercial area located right next to the University of Minnesota campus. In my day, back in the 80s, it was really not all that great. Now, it is mega. The Loring Pasta Bar, the Kitty Kat Club (so cool), the Library ( a sports bar), several cafes with outdoor seating populate the small area giving it a very warm and Parisian/Florentine feel.

As I sauntered up to the Varsity, a movie house in my day, I checked the set times with the bouncer. 9pm for Doves and it was 8pm. So I had an hour to BS with my friends at the aformentioned Kitty Kat Club for a couple of pre show cocktails. I took a few steps down the street to where the Kitty was and turned to see…Jimi Goodwin, bass player and lead singer of Doves, having a smoke and taking in the sights. WOW!

Squelching the urge to be like one of those girls in the Ed Sullivan Theater when the Beatles played there in 1964, I said, “Hey, Jimi, how’s it going?”

“Take a pic with me?” I asked with the girl inside of me jumping around like a giddy cheerleader.

“And could you say a little something on a quick vid to my buddy George who couldn’t make it.”

“Of course” I started the camera.

“Hey, George, where are you? You should be here man,” Jimi said with a smile to the lens.

Other folks happened by and noticed him. He signed all our tickets and I had one more thing to say to him.

“Tough one, innit?” he said and he looked directly at me. I knew what he meant. And when he looked at me he smiled to see that I got it too. Any notion that this night would not live up to that night four years ago was fucking out of the mother fucking window at that point. I just had a conversation with Jimi Goodwin about the meaning of one of his songs…a meaning that had direct bearing on that night four years ago…a meaning that had direct bearing on me. I had not heard a single, live note yet and I was in heaven. 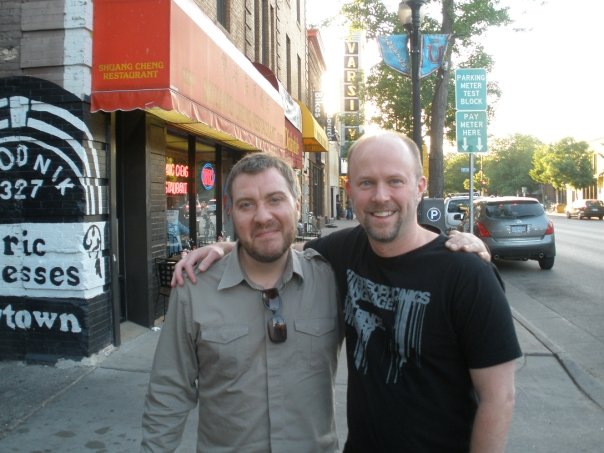 My friend Heather happened upon me during all of this exchange and was kind enough to take this picture at left. After me talking a mile a minute, at the Kitty,  about how fucking top gear it was to meet Jimi, we boogied back to the Varsity and parked ourselves in the pit.

They opened with “Jetstream”, the first track from their new album Kingdom of Rust. They wrote it to be an alternate soundtrack to the opening moments of the 1981 film, Blade Runner. How cool! After that was “Snowden,” with the twins, Andy Williams (drums) and Jez Williams (guitar) sounding magnificent. And then came “Winter Hill”. On first listen to this track, it might seem to the small minded that the lads from Wimslow are straying into “Every Breath You Take” territory. But no…no no. “Winter Hill” is about sacred love – the kind that you get from being on a journey filled with heart…the kind that stays with you forever.

The rest of their set was an excellent mix of tracks from all four of their albums. “Rise” was triumphant. “Pounding” kicked ass. “Words” was stunning. “The Greatest Denier” caused me to reflect very deeply. In so many ways, I am the greatest denier of the human condition. As the last song of the set proper began, “Caught by the River,” Jimi sang: 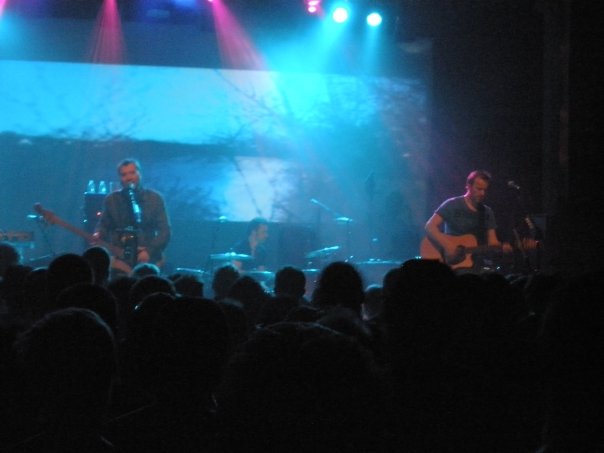 What have you done?
You’re caught by the river
You’re coming undone

Can someone explain to me how melancholy, through music, can actually be a good thing?

Carrying this feeling further, the first song of the encore was the rarely played “Northenden” with only Jimi on acoustic guitar and their tour keyboard player Martin Rebelski providing accompaniment. As Andy and Jez came back on stage, Jimi went back  to the drum kit. Andy had his harmonica with him and stepped up to the mic so we knew what was next…”Here It Comes.” Doves have always impressed me with their ability to swap around instruments and play whatever they need to play to suit the song.

“The Last Broadcast” was next which re-ignited my interest in that song. Finally came the ultimate exercise in self actualization, “There Goes The Fear,” and as this last song echoed into the night..the perfect song for the perfect moment…the realization swept over me that while this night wasn’t “better” or “worse” than that night four years ago, it was different…different in the most touching way. As Jimi had told me a couple of hours before,

Doves will be playing Detroit, Toronto, Drummondsville East, Montreal, New York, Philly, DC, and Boston in the next few weeks before heading back to the UK.

Brent Randall and his Pinecones