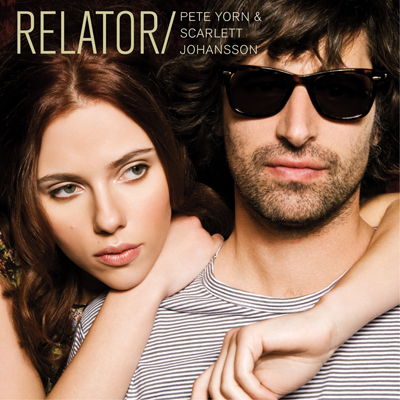 Even though Scarlett’s cover album of Tom Waits tunes didn’t fare too well commercially or critically, you have to hand it to her for following her musical whims and desires. Her latest project has her teaming up with Pete Yorn for Break Up, a new album due September 15th.

The first single is “Relator”, which was released a couple weeks back. Last week, the video was released – which is a huge deal for me, because, well, this is Scarlett Johansson we’re talking about here, folks.

7″Vinyl Single Giveaway: The good people at Rhino sent me the vinyl 7″ single, which includes the B-side “I Don’t Know What To Do”. If you feel like adding this to your collection, leave a comment below. I’ll pick a random winner a few days down the road. The cover art is different (and better) than the one above. I look at the one above and four words come to mind: “Outta the way, Yorn!!”

It's Live, It's Purple: Musicology in Phoenix