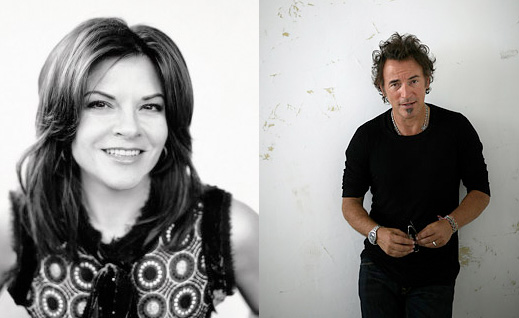 “Sea of Heartbreak” is one of those classics you recognize when you hear it, you enjoy it, but you really know nothing about the history or origin of the song. Well, that’s my experience anyway. After hearing Rosanne Cash‘s new version, with Bruce Springsteen on harmonies, and listening about 5-6 times in a row, it was time to hit All Music and get to the bottom of it.

The song was written by Hal David and David Hampton. Far as can tell, it was originally recorded by Don Gibson in 1961. Rosanne’s old man Johnny covered the song on his 1996 Rick Rubin-produced album Unchained

, an album that features Tom Petty & the Heartbreakers as the session band.

It’s the first single from Rosanne’s forthcoming album The List, due out October 6th. The story goes that Johnny gave Rosanne a list of 100 essential country songs when she was 18 years old. Juuust a few years later, she’s taken a handful and made The List.

I think Rosanne’s voice is flawless. Love it. And add the Boss to the mix? Sheesh. Fuhgetaboutit.
I think I’ll listen to it 5-6 more times…

Buy the single on