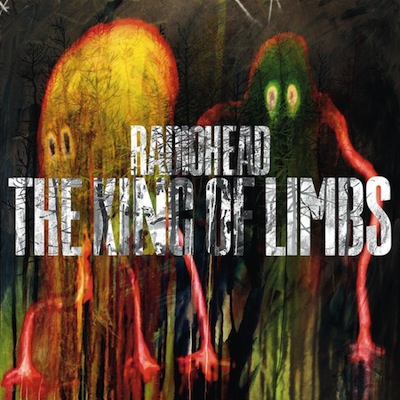 Like a lot of you, I dropped the $9.00 for Radiohead‘s new album The King of Limbs, when it was offered up a day earlier than expected on Friday. What was it, last Monday when it was announced out of the blue that Radiohead would release a new album in the coming weekend? It’s quite a phenomenon the way this band can command the attention of the entire music industry at will. Their ‘pay what you want’ model for their last record, In Rainbows, generated all the buzz the last time around (can you believe that was more than three years ago? October 2007).

This time around, it was 0 to 60 in minutes last week as the word spread across Twitter and Facebook faster than it took for Lady Gaga to emerge from her Grammy egg. On Friday, the digital album made itself available, along with a video for track 5 on the album, “Lotus Flower” – featuring Thom Yorke’s avant-garde gyrations.

So I’ve listened a few times now, most recently during a run this overcast, dreary morning in Arizona. I think the album “hit me” most profoundly during this outing. Thing is, the band’s music – electronic, experimental, atmospheric – has a way of transforming your environment as you listen. It’s one thing to take in The King of Limbs sitting at your computer or in your living room. But it’s an entirely different experience listening to it out on the town, or running around the neighborhood. It makes you take in your surroundings differently – the cars that pass, the blowing trees, the faces of people walking by – with the filter of this album providing your soundtrack. It transforms reality… drug-like almost.

I enjoy the creativity in Radiohead’s music. It’s always an interesting listen – and it got decidedly more interesting post OK Computer, wouldn’t you say? When the 1-2 punch of Kid A and Amnesiac were released in 2000 and 2001, we knew the game had changed… or rather that Radiohead had changed up their game. We were free to come along for the ride, but don’t expect a smooth, orderly trip.

Gone are the sing along, epic, almost anthem-like songs like “Creep”, “Fake Plastic Trees”, “Let Down” and the like. Well, maybe some of you sing along to “Everything In Its Right Place”, “Like Spinning Plates”, and now “Morning Mr. Magpie”… but to my ears, the melodic stuff went adios with OK Computer.

So as someone whose musical taste spans across many many genres of music, I enjoy The King of Limbs because I enjoy bands that think outside of the box, who create completely unpredictable pieces of music that are hard to categorize.

The King of Limbs is another work of art by a band that plays by their own rules.

→ Visit Radiohead’s site to purchase The King of Limbs: http://www.radiohead.com/deadairspace/

Bruce: Give My Love to Rose

The Cars are Back [Video: "Blue Tip"]