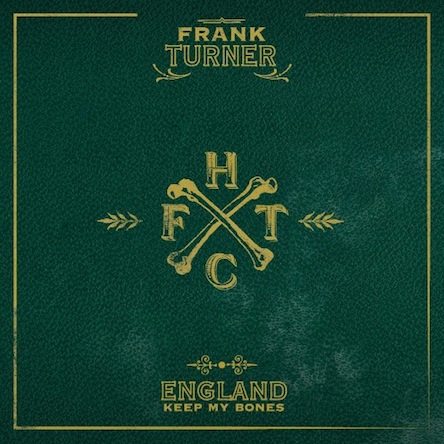 Frank Turner came out of nowhere and wowed me last year when I stumbled upon his set in Zilker Park at the ACL Festival. It’s hard not to be instantly converted by the Brit- he’s likeable, charismatic, and he digs Springsteen…

So I was excited today to see that his new record has been released stateside. England Keep My Bones does a great job of translating a very vivacious and infectious live performer to tape. Songs like “Redemption”, “I Still Believe” and “One Foot Before the Other” are alive and kicking, really capturing what is great about Frank’s live shows – pure energy. I swear, his atheist barroom anthem “Glory Hallelujah” may not convert the believers, but they’ll certainly be singing along to the “There is no God” refrain if they’re not careful.

Everything I like about Frank is summed up quite nicely in “If Ever I Stray”: the populist, everyman theme; the inspiration, the encouragement…

But if ever I stray from the path I follow
Take me down to the English Channel
Throw me in where the water is shallow
And then drag me on back to shore!

That’s the infectious chorus, words you’ll be singing along to by the end of the first listen. Like the album, they’re words that inspire, that lift you up, and make you want to track down the nearest pint of Guinness and toast to this imperfect world we live in.