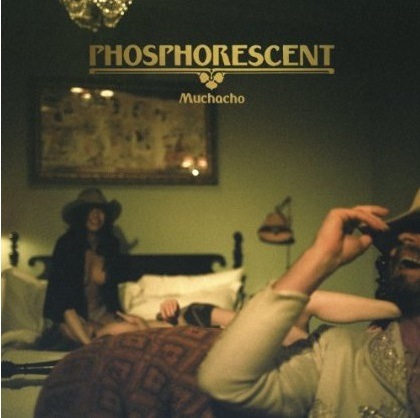 Commenters on YouTube (and the internet in general) can be a wicked, often ignorable bunch – but in this case, Youtube user RMBRKFLD is spot on. Phosphorescent’s brand new single, “Song For Zula” latches on instantly with its entrancing, dreamy rhythm and Matthew Houck’s fragile vocals.

The song’s first verse lets you know immediately where Matthew’s going, and it isn’t that bright, sunny nirvana called Love Land. Instead, he takes us into the deep, dark depths, where love will, well, tear you apart. Houck references “Ring of Fire” in the very first line, and goes on to detail his despair:

Some say love is a burning thing
That it makes a fiery ring
Oh but I know love as a fading beam
Just as fickle as a feather in a stream
See, honey, I saw love. You see, it came to me
It put its face up to my face so I could see
Yeah then I saw love disfigure me
Into something I am not recognizing

The song is shattering and beautiful, and exactly what I wanted to hear from Matthew/Phosphorescent after falling hard for their 2010 album, Here’s to Taking It Easy

The new album is called ‘Muchacho‘, and is due out March 19th. The title is no doubt inspired by his stay in Tulum, Mexico (on the Yucatan Peninsula), where he kicked up his feet in a hut on the beach and penned the album’s songs (apparently in one week’s time).  The jury’s out on the source of the album cover photo, but it very well could have Mexican origins, and appears, quite frankly, like a recipe for a damn good time!

You can pre-order Muchacho