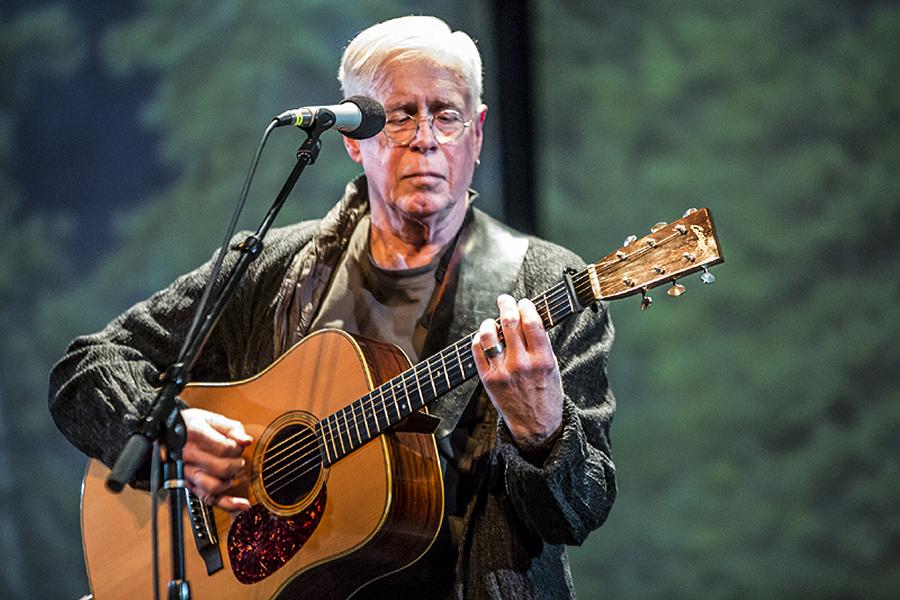 I discovered Bruce Cockburn’s music in the summer of 1994 – the year that his great album Dart to the Heart was released. I was in my mid-20’s, lacking any real focus or direction in life, and I immediately connected with his music as a calming and fulfilling presence in my life. When I’m full of angst and anxiety, feeling the weight and responsibility that comes with being a father and husband and provider – coupled with the awful news cycles of our present day – I can “go to the well” of Bruce’s music to ground me and put everything in perspective. “40 Years In The Wilderness” is one of Bruce’s new tunes, released on 2017’s Bone on Bone, and has that subtle spirituality you’ll often find in Bruce’s music. There’s an obvious connotation to Jesus, who spent 40 days and nights in the Judean desert, tempted by Satan. Bruce compares it to his recent move to San Francisco with his wife and young daughter, and his return to church after a forty year absence:

After I wrote my memoir [2014’s Rumours of Glory], I hadn’t written a song in four years. I started going to church again, after not having gone for decades. There was a sermon about Jesus being baptized, which is when he really figures out who he is. He’s shocked, and he runs out into the desert to figure it out. That struck me with considerable force. I felt like I’d been struggling with that issue for 40 years. I’d started to identify myself as a Christian in the 1970s, and here I was, 40 years later, back in church. And I’m living in San Francisco now, with my wife and child. I never would have imagined myself living on the West Coast. But it was an answer. I went with it. I went west in another one of those cosmic moments. This song is about accepting those invitations. [1]

It’s really a gorgeous song, with a chorus that will stick with you after a couple listens. You’ll hear Mary Gauthier singing background vocals here too. Lucky for me, I’ll be seeing Bruce in concert this Tuesday in Tempe (with a band, [!] which I haven’t experienced since February 2000).

Here’s a live acoustic version too: