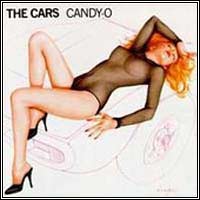 Here’s news. The Cars are reuniting! Well, sort of. The New Cars, as they’re called, is without Ric Ocasek, drummer David Robinson, and bassist Benjamin Orr, who, sadly, died of cancer in 2000. Only two original members return: keyboardist Greg Hawkes and fellow lefty guitarist Elliot Easton. But an interesting (and surprising) replacement for Ocasek… Todd Rundgren. Former Tubes drummer Prairie Prince on drums and bassist Kasim Sulton round out the group.

So here it is, along with one of my favorite Cars album segueways…

P.S. I tried finding the official site of the New Cars, but didn’t feel like sifting through 50 Google pages of auto sites. See the comments for links to their web sites.